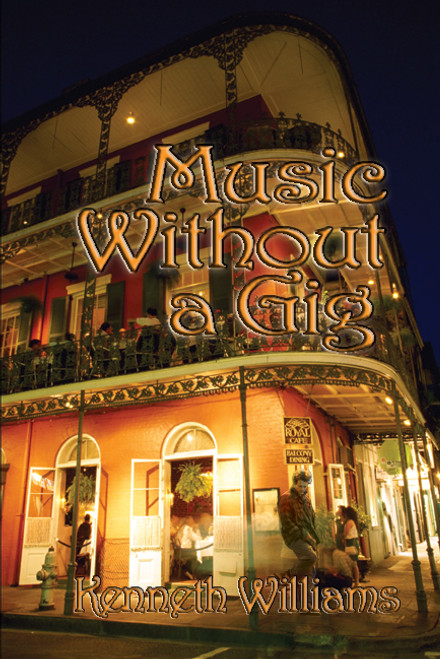 by Kenneth Williams Music Without a Gig tells the story of a kid who grows up refusing to let his Christian mother and his I-dont-care-one-way-or-the-other father detour him from playing music. After joining the school band, he meets two girls who tell him about Mr. Peaches, the band director, and his behavior. Based in New Orleans, where there is plenty of good music, he plays the clubs, churches, the French Quarter, and even a few Mardi Gras parades. Whether getting fired, being under paid, or witnessing a shooting, he refuses to give up, persisting in Music Without a Gig. ABOUT THE AUTHOR: Born and raised in New Orleans, Kenneth Williams Sr. Grew up in the Fischer housing projects. He graduated from L.B. Landry High School, where he played in the marching band, and he later attended Xavier University and Holy Cross College, where he furthered his studies in music. While having the pleasure of performing with his three brothers in the Conquest Band in and around New Orleans, he has shared many notes through the years with other talented musicians. In the early nineties, Williams moved to Las Vegas, where he continued to enjoy performing. At home again in New Orleans, he is currently busy performing, teaching and studying. (2004, paperback, 44 pages) Availability: Usually ships in 2-3 business days.
×