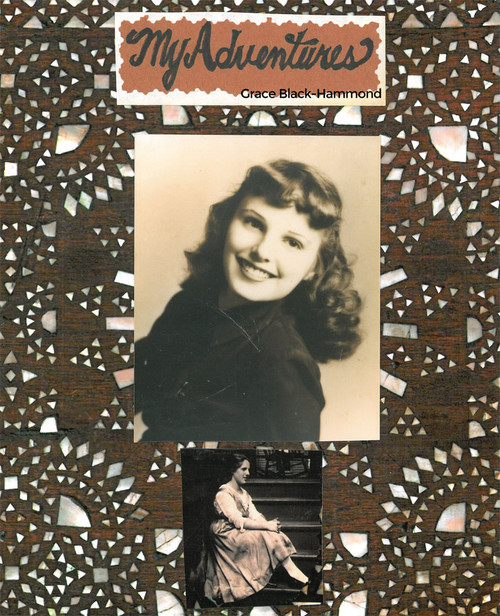 My Adventures
by Grace Black-Hammond

Grace Black-Hammond was born in 1931-a depression baby-in Allegheny County, Pennsylvania. She graduated from Bellevue High School in 1949 and left the following year at 18 as a new bride, Mrs. Jim Black, to San Tome, Venezuela and the Gulf Oil Company.

Her many interests include art, jewelry making, gourmet cooking and making a home away from home in nine foreign countries for Jim and five children during some very trying experiences. Their assignments took them to nine countries: Venezuela, Bolivia, Columbia, Argentina, Nigeria, England, Norway, Ireland and Indonesia.

Jim and Grace retired in 1985 to Woodland Park, Colorado. They were lucky enough to enjoy the birth and formative years of eight grandchildren and the making of new friends.

After Jims death in 2001, she married her old friend, Maury Hammond, in 2004 and began adventures in gold and gem mining. At the urging of many friends, she decided to write her autobiography.