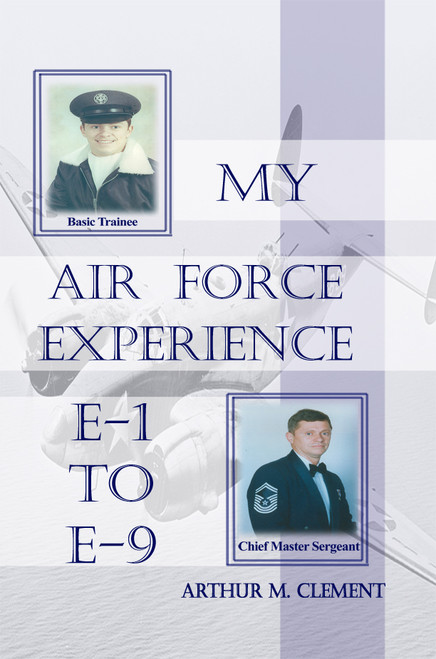 My Air Force Experience describes author Arthur M. Clements life for the 23 years after his car accident that occurred four days after graduating from high school. While in the Air Force he had 7 overseas assignments in 5 countries and 6 stateside assignments. He started in Basic Training as an E-1 (pay grade) and advanced to the top enlisted rank of Chief Master Sergeant (E-9) during his 22 year career. This book will be an interesting read for any young man or woman considering entering the military.

Arthur M. Clement was born on 13 October 1949. He is the tenth child in a family of fourteen healthy children. He has ten brothers and three sisters who are all now over 59 years old. He grew up on a farm near St. Cloud, Minnesota, attending the same school that his grandfather and father attended until it was closed after his sixth grade year. During his sixth grade year, there were eleven students in the school. Three of these students were girls and five of the eight boys were Clement brothers.

The seventh grade was difficult in a Catholic school because Clement had not yet attained sufficient knowledge to compete with the others in his class. Clement didnt like being punished for failing a test so he decided to apply himself. By the end of the seventh grade, he had caught up, and junior high in a public school was easy. High school was also easy for Clement and he enjoyed learning. He signed up for some advanced classes, pursuing studies in automotive repair, general metal, electricity and welding. At the age of fifteen, he decided to work on other farms during the summers. He enjoyed farm work and valued the knowledge he attained during his ten years of farm work, which also kept him fit.

Clement continued to work on his fitness, which enabled him to break the school record by doing twenty-three one armed pushups. He could also do sixty sit ups in one minute which tied the record but, unfortunately, he could not break that record. He joined the wrestling team for self-defense against his older brother who was on the team. Clements life subsequently changed after being in a car accident less than a week after graduating from high school. He joined the Air Force and has gained unforgettable experiences along the way.