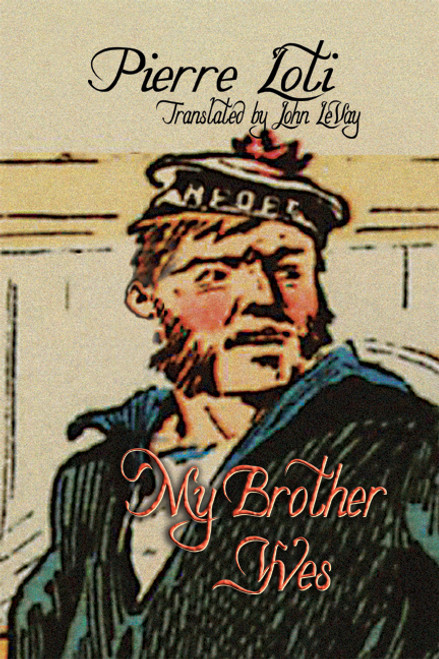 Translated by John LeVay My Brother Yves tells of the unlikely, intense friendship that grows at sea between an educated officer and a semi-literate country boy with a violent streak and a tendency toward alcoholism. Yves and Pierre contract a pact akin to the medieval blood brotherhood, and this commitment is ultimately the salvation of the wayward Yves. A true story, My Brother Yves is set in the 1870s and '80s and takes us vividly back to the days of the tall ships and mid-Victorian Brittany. ABOUT THE AUTHOR Pierre Loti is the pen name of Julien Viaud (1850-1923), a career French Navy officer who attained the high rank of Captaine de Vaisseau. He produced a dozen somewhat autobiographical novels, many with an oriental flavor and most with a strong sea-faring element, as well as six lyrical travel narratives. ABOUT THE TRANSLATOR John LeVay (Ph.D., York University) was born in Toronto in 1933 and was, for many years, a lecturer and Victorian specialist in English literature. Now retired, he lives as a hermit-bachelor in a secluded cottage in the Kawartha-Lakes district of Ontario. He is the author of Margaret Anglin: A Stage Life (1989). His grandfather was a Breton naval captain and knew Pierre Loti. (2004, paperback, 236 pages) Availability: Usually ships in 2-3 business days.
×

MY ELEPHANT LIKES TO READ