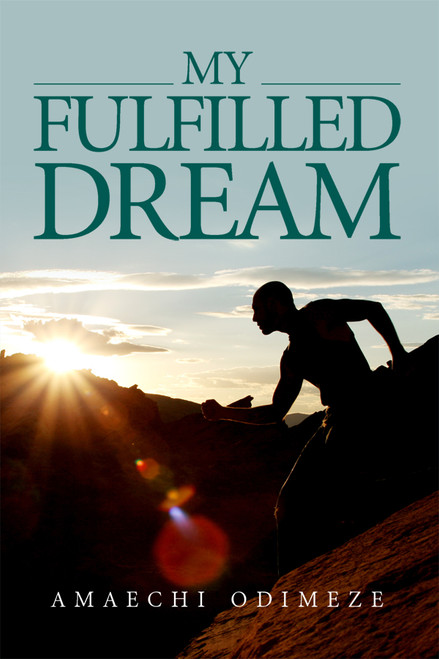 My Fulfilled Dream
by Amaechi Odimeze

Garfield could hardly differentiate between day and night when his parents died untimely.

His old grandmother took the responsibility of training him up, but then her trade was too weak to carry the financial weight and demand of the family. Garfield had to embark on menial jobs to help himself as he was growing like the shoot of a maize.

Soon he finished his primary education and began earnestly to attack the rigours of secondary education using his strength and money. That rung was crossed. But his dream of becoming the president of Megamba, his country, just like his model, James Arthur Garfield of the United States of America, kept on burning like coal. Later he made it just after his university education. How did he? And what magic did he use? Read and find out.

Amaechi Odimeze is another trenchant voice from the east. Most of his published and unpublished works are biting, satirical, and poignant, yet they are great agents of change.

Born in Ezinifite in Nnewi South Local Government Area of Anambra State, he had his primary and secondary education in Community Primary and Community High School, all in his own town.

Later he proceeded to Niger State College of Education, where he studied English and Christian religious studies. After that he obtained his bachelor of arts (education) in English language from Ahmadu Bello University Zaria.

Presently he is with the Nigeria Police Education Department, Abeokuta, Ogun State. He has written so many brilliant childrens works. These include The Snake Girl, The Great Reward (formerly The Great Price), The Trouble with Violet, and The Boomerang. His short stories and poems have appeared in the collections compiled by A.N.A., Niger State chapter.

The weeping writer, as he is fondly called, is married and blessed with children.

Oh, My What a Dream - eBook

Oh, My What a Dream

My Deepest Thoughts Through My Eyes