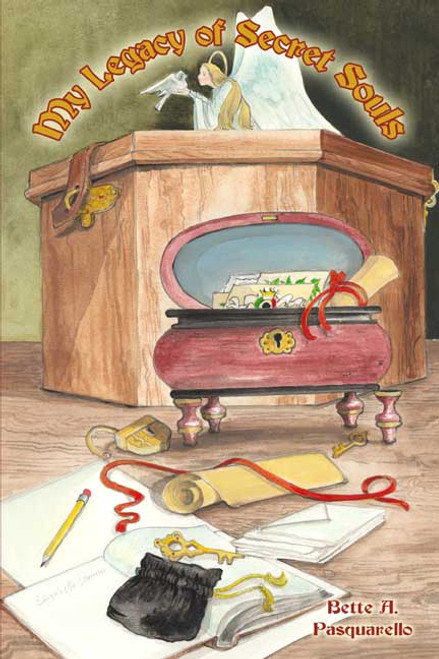 by Bette A. Pasquarello At Luigis funeral, Elisabetta holds on tightly to the box he has left for her. She is told it holds all the information she needs in order to know about her family roots. Confused over the box and saddened by Luigis death, Elisabetta has no idea what is in store, but she is definitely afraid. What secrets are there about her parents that had to be hidden away for so many long years? Elisabettas life flashes before her eyes as the head Don of all of Sicily asks to speak with her. Is Don Lazzaro aware Elisabetta was at the meeting in Rome that led to his sons death, a death for which Elisabetta feels personally responsible? After all these years, Elisabettas tarnished soul is about to take on more than her heart can handle. ABOUT THE AUTHOR Bette A. Pasquarellos novel The Secrets of My Soul exposes the forces that shaped the life of Elisabetta, whose connections with the mob in Italy force her to conduct her secret life through incredible incidents involving unspeakable violence. It ends with the mystery of an unusual collection of items that might lead to an understanding of the forces shaping her life. In this sequel, My Legacy of Secret Souls, these forces are revealed in extraordinary ways. The authors success with her first novel coupled with visits to Italy has resulted in a compelling sequel and affirms her talent in conveying to the reader the mobs control of the lives of those who are drawn into their world. (2008, paperback, 270 pages) Availability: Usually ships in 2-3 business days.
×