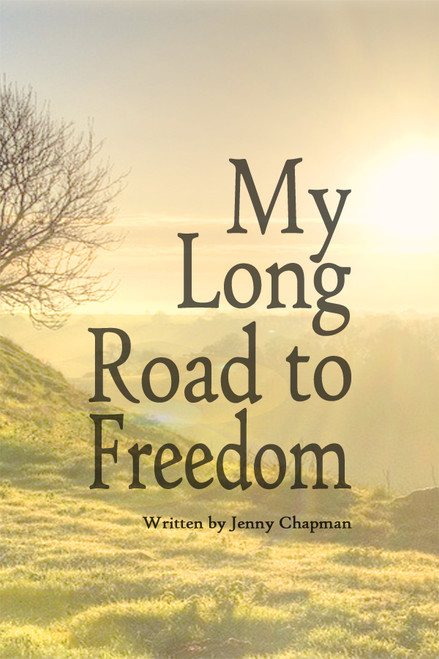 So much in the life of Jenny Chapman seemed against her. She has written about her life from the age of three to her present age of 74 years. She was born in the hardships of the Second World War. At the age of three, her father started to abuse her sexually.

Chapman was also brought up in a strict religion. She was not allowed to mix with others outside of this religion. This meant that she had no friends at school, or later, at college. Without a friend for most of her life, she was bullied unmercifully at school. She was admitted to psychiatric hospitals with deep depression, an eating disorder, and as a suicide risk.

Chapman’s grandfather and father were both bipolar. This was detected in Chapman herself from a very early age. This became a battle throughout her life, and is something she will always live with. Her mother was extremely overweight. From an early age, Chapman became very aware of her size and how she looked in comparison to other girls. It was at college – because of a remark from a lecturer – that she developed Anorexia Nervosa.

Chapman became a teacher. As a teacher, she empathized with her pupils that were emotionally hurt or scarred as she had been, and gave of her time to see them through their troubles.

Despite all, Chapman persevered through life, never giving up and always striving for her best.  Achieving this, she went on to gain the freedom she always longed for as a child. She is living a happy and free life with so much pleasure. She has her friends and a loyal cat.

She can only say never give up and always aim high.

Author Jenny Chapman lives in the large village known as Buckhurst Hill in the county of Essex, in England. She has lived there all her life. She always has the company of her cat. She is an avid animal lover.

Against all the odds, Chapman studied P. E and Art at college and passed top in her year. She went on to teach in a secondary school. She loves art and craft and spends hours tending her garden. She has joined a health club and swims weekly.

Chapman has now found freedom in every way and enjoys life to the full, with her many friends.

My Pain, His Glory

My New Life with Christ Jesus

My Private Confessions: An Enlightening Journey through Breast Cancer and Sexual Harassment