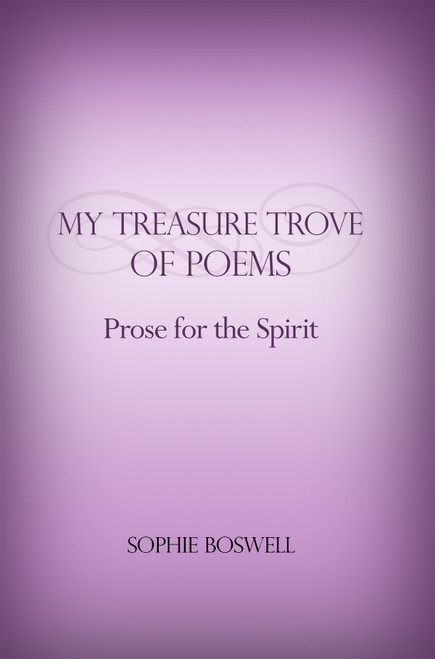 My Treasure Trove of Poems: Prose for the Spirit
by Sophie Boswell

This uplifting book of poetry includes magnificent colored photographs. It offers readers an escape from the mundane into an extraordinary world.

Following an exciting few years living in California, New York, and Hawaii, Sophie Boswell lived with her Arabian husband in Dubai for a year. Due to bizarre circumstances, she found herself returning to Australia (the land of her birth) and living in a tiny town named Jindabyne, in the Snowy Mountains. Here, for the first time, she began writing poetry about her life in the wilderness and her deep love of nature.

Boswell hopes her readers will enjoy piecing together a colorful story about her life as a whole and how she came to be a writer and award-winning songwriter. With her backgrounds in nursing, art, and business, as well as six decades of living, she has much from which to draw her inspiration.

Sophie Boswell grew up in Brisbane during the 1950s when the effects of World War II were still lingering. Money was tight and children had to make their own fun their toy was nature.

Boswell believes that most of her English came from her parents. Her mother quoted Shakespeare all day long and her father, who came from the English aristocracy, used English expressions and had that tongue in cheek sense of humor.

After leaving school at fifteen, Boswell worked a variety of jobs before finding her passion as a nurse. She ran a very successful business in Sydney and was handed $1.2 million in cash by a multinational corporation.

After her children left home, Boswell lived in Hawaii and began painting and selling landscapes a couple of which are included in this book. Many of her songs (lyrics and music) have won awards in Australia and America.

Now living in Boston, Boswell writes full time and delights in watching her granddaughters growing up. She teaches them about poetry and piano playing.

Lyric Poems and Prose for Many Moods