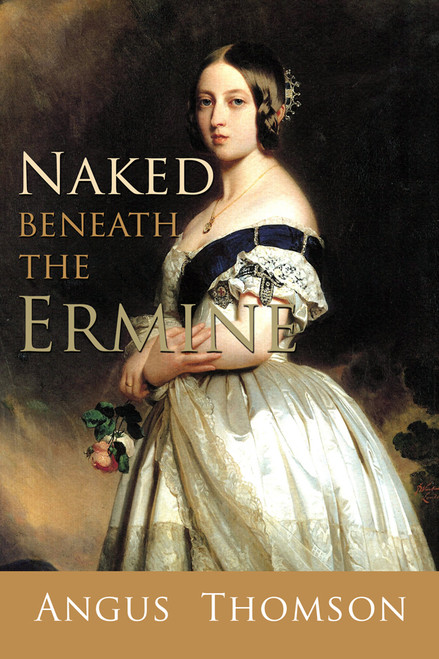 Naked beneath the Ermine embraces the tragic comedy of Victorian Englandfrom royalty and courtiers to criminals and paupers. It opens in troubled times, with the destiny of the English throne tottering as its heiress, Princess Charlotte, dies in childbirth. Her child is stillborn, leaving no future line of succession, and the entire dynasty of Hanover is thrown into chaos.

At the prompting of the dissipated Prince Regent, Leopold and his sinister friend, Doctor Stockmar, devise a plan that leads to the death of Charlottes uncle, Edward. Soon after, Edwards father, King George III, dies as well, and the Prince Regent becomes King George IV.

Over the years, the political strife continues, with Leopolds nephew, Albert, and Edwards daughter, Victoria, each seeking the throne. During this time, conspiracy and corruption prevail. After decades of betrayal, blackmail, and murder, secrets of the past begin to unfold. Victoria becomes aware of the horror her reign has concealed and recognizes that her power has been an illusion.

Angus Thomson was born during a Nazi air raid on London. He became the victim of a well-intentioned, post-war government scheme to finance the private education for smart children from so-called low-income homes. His father was in the police, and his mother was a nurse, so he reckoned that, if theirs was a low-income family, society had its values all wrong. He still holds this view.

He was paid to write for farmers, engineers, and the post office. As unrepentant empty nesters, Thomson and his wife now live in England, where he writes for pleasure. This manuscript reopens the graves of the carefully buried scandals of Queen Victorias reign.

The Lies Beneath the Mask

Neurodynamics of Mind: Strategy for Treatment of Mental Illness