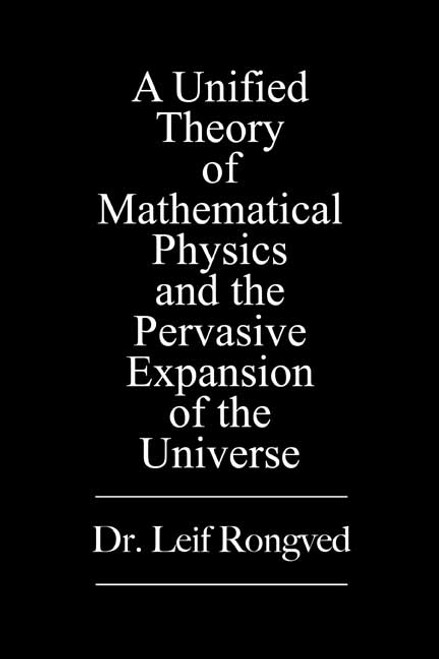 by Dr. Leif Rongved This book presents irrefutable evidences in support of the following thesis. All forms of matter, fields, and propagations in the universe are fluid motions superimposed on an expanding monatomic adiabatic ideal background fluid whose differential fluid elements recede from each other in accord with the Hubble law of the recessional motions of the galaxies of the universe. Up to one arbitrary constant, t Eulers non-linear equations for the fluid determine characteristic changes of the superimposed motions due to their nonlinear interactions with the expansion of the background fluid called expansion effects. The arbitrary constant, t equals the present Hubble age of the universe. A corollary of the thesis is that present theories of physics have flaws equal to the expansion effects. One such flaw, the well-known discrepancy between observed and calculated longitudes of the sun using present theories of physics provides an independent means to determine the present Hubble age of the universe. This flaw and many others provide evidences in support of the thesis. The flaws reveal themselves throughout the universe in remarkable ways. They bring to life new reference frames, new time scales, a new form of Hubbles relation between orders of magnitude, and red shifts of standard galaxies, a new form of energies generated in material bodies, and the fluid dynamic nature of strings. They provide explanations to many unresolved questions and paradoxes that have puzzled scientists for centuries. They bring Newtons laws in Eulers fluid dynamic equations back to the forefront of physics and astronomy. ABOUT THE AUTHOR Dr. Leif Rongved received his Doctor of Philosophy, Faculty of Pure Science, from New Yorks Columbia University in 1954. He was assistant professor at Penn State University from 1954 to 1956, was a member of the Industrial & Professional Advisory Council at Penn State University from 1962 to 1972, and was a Member of Technical Staff at AT&T Bell Telephone Laboratories from 1956 to 1985, where he earned the Distinguished Technical Staff Award in 1984. Dr. Rongved has published extensively in the fields of mathematical theory of elasticity, fluid mechanics, and mathematical physics. (2006, paperback, 58 pages) Availability: Usually ships in 2-3 business days.
×

New York State Government and Politics in a Nutshell: A Citizen's Primer

Nick vs the Curse of Lucifer

Neurodynamics of Mind: Strategy for Treatment of Mental Illness