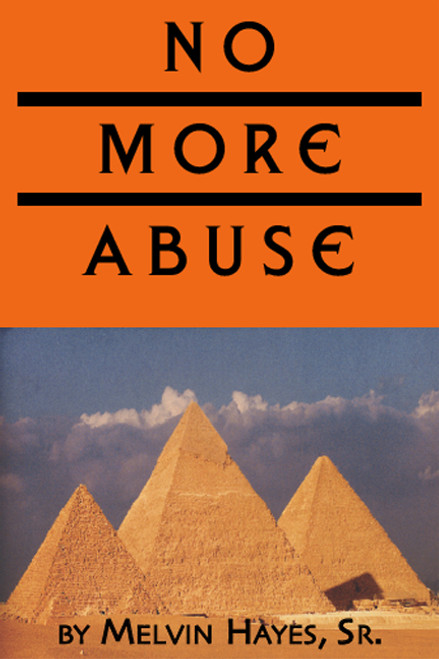 by Melvin Hayes, Sr. No More Abuse seeks to open the eyes of anyone who is enduring an abusive relationship. There are young children experiencing abuse daily. How does a child survive being raped by a cousin at age ten, a brother at twelve, and a preacher at twenty-one? How can you get out of an abusive relationship? The author discusses the importance of using your mind, staying clam, and escaping. He also shares experiences of recognizing con men, using the third eye, and encountering spirits. No More Abuse is intended to bring these tragedies to light and to offer education and encouragement to those who suffer. ABOUT THE AUTHOR Melvin Hayes, Sr. grew up in a small town in Georgia as the third of seven children. Having witnessed firsthand the tragedy of abuse, he decided before his own children were born that the cycle would stop with him. Mr. Hayes survived a childhood fraught with poverty and hunger, and No More Abuse grew out of his hope that no other woman would endure the abuse his own mother did. (2004, paperback, 96 pages) Availability: Usually ships in 2 3 business days.
×

Stop the Abuse: The Word Association of Abuse

The Storm before the Calm: A Story of Heartache and Abuse

No More Than I Can Bear