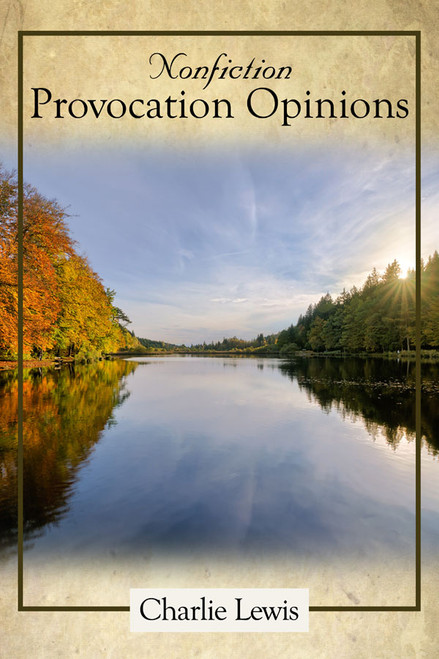 Charlie hopes that you find this book interesting and enjoy reading it as much as he enjoyed writing it. It reflects some of the good and tough times that he has been through.

Atomic Bomb this was what he experienced when testing the atomic bombs on two different ships at Bikini Atoll, Marshall Islands in the South Pacific when he was in the Navy.

Golfing he played golf for many years, but never took it seriously. When he transferred to Alabama because of his wifes job, he was hitting some golf balls at the golf driving range. A stranger that was watching him came over. It turned out that the stranger was an ex-professional golfer. The stranger explained to him how to become an even better golfer and a teacher of golf.

Charlies wife got transferred again to Michigan because of her job. He started reading the opinion columns in the newspaper. He felt that he could do a better job. He wrote his opinions and had all of them printed in the newspaper for three years.

He has a bout with cancer that he cannot conquer. He is going to The University of Michigan again for more surgery on his nose and cheek for Melanoma.

In My Opinion: JonBenet Ramsey, the Travesty of Innocence Revisited