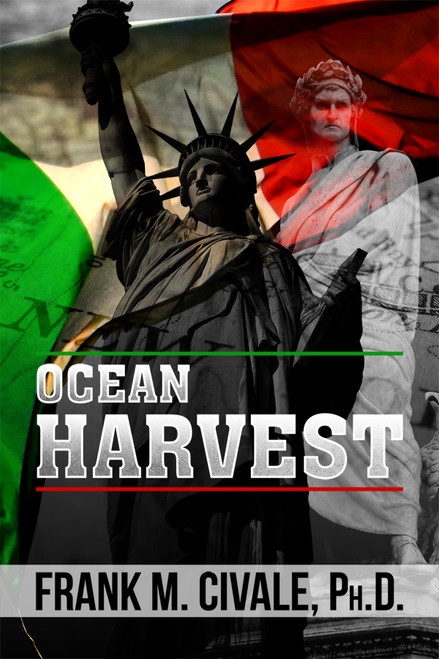 Ocean Harvest is the story of an Italian immigrant who came to America in the 1920s and quickly learned that money was very important to live the good life. Little Anthony Vallo grew up fast in Manhattan. He and his younger brother and cousin did many unscrupulous things to achieve wealth. As the years passed, he and his family grew, not only in number but in power and prestige. In the twilight of his life, he passed on the title of Godfather to his nephew. The nephew at first had great trepidation about this honor but finally accepted because he knew he could do great things with this enormous power. The Godfather had connections all over the world. He treated everyone with respect, and they grew to love him because they knew he was a man of his word. The newly appointed Godfather convinced all the other bosses in other states to change their ways of thinking. The economy was struggling all over the world, and he implemented many ideas to get people back to work. He truly believed he was chosen to finally bring peace to the world. He was right.

The author was raised in the Bronx, New York, and joined the U.S. Navy during the Viet Nam War. When his tour of duty was over, he, like so many other veterans, contemplated why there was warwhat was the benefit of so much destruction and loss of life? What causes war? The only answers he came up with were greed and the lack of education in the world. He decided that teaching the young could solve the education problem. As for the greed in the world, he's still working on that. To date, the author has written eight hundred children's books, hoping the wisdom in these books will help bring peace to the world.

Off to School I Go

Oh, No! Not Another Book about the Bible!

Of Tea and Jellybeans

Oh Dear What Can the Matter Be: A Positive View of Dementia