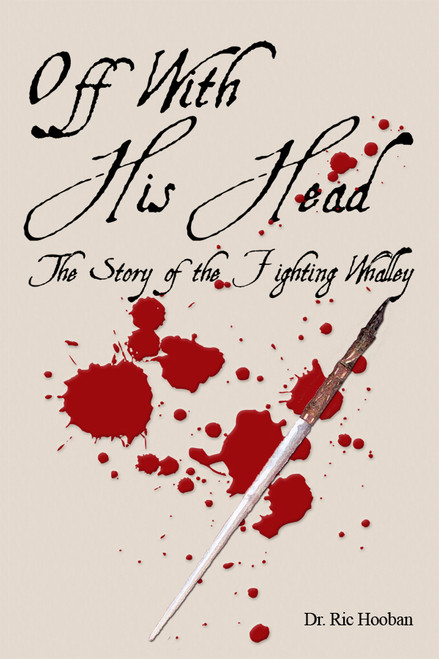 This historical novel is based on evidence Dr. Ric Hooban obtained while trying to prove or disprove the existence of a pen that could be the Whalley pen with the kings blood on it.

The novels storyline switches from past to present and back to past history in revealing whether there could actually have been such a pen tied to one of New Englands greatest mysteries.

Ric used many historical sources, including the U.S.A. Census, which began in 1790 and was a great move on the part of the U.S.A. in its early stages.

Now sit back and enjoy this true story.

Dr. Ric Hooban is a Vietnam veteran and received his law degree from Gonzaga University School of Law. He studied creative writing under Forester Blake, who wrote The Franciscan.

Ric belongs to the American Legion and has written another historical novel, Constant Changes. He has traveled extensively.

Ric inherited the Whalley pen with kings blood on it. This historical novel is about his attempt to validate this family heirloom as good evidence of its veracity.

Off to School I Go

Oh, No! Not Another Book about the Bible!

Oh Dear What Can the Matter Be: A Positive View of Dementia

Of Tea and Jellybeans