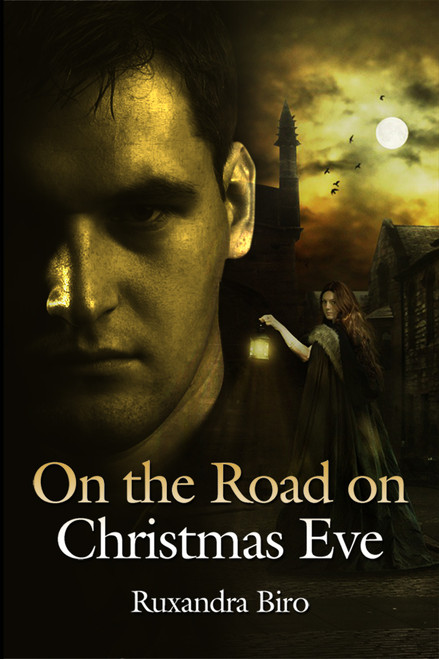 On the Road on Christmas Eve
by Ruxandra Biro

A woman with strange scars on her hands, accompanied by a huge black cat, arrives in a little Spanish town during a plague epidemic. It is the beginning of the sixteenth century, and the Catholic Church sees witches everywhere. When the doctor of the town dies during the epidemic, the stranger begins miraculously curing the sick. The young priest of the town finds himself torn between his compassion for his parishioners, his impossible love for the stranger, and his duty as a member of the Catholic Church. It is only a matter of time before the stranger faces charges of witchery and before the local priest will have to make his choice. Will their story end at the stake in the name of a religion that speaks about mercy and love?

I was born in Bucharest, the capital city of Romania, on February 19, 1973. Ive grown up and lived my teenage years in a gray Socialist society with no prospective of a job I would enjoy. When I was sixteen years old, I decided it was time to do something about it. So I tried to flee Romania, get to the States by myself, and become a writer there. Of course, I got caught by the Militia somewhere near the border between Romania and Yugoslavia. I was lucky the officers who caught me were nice persons and treated me very well, though I was at their mercy. They never reported to the Communist authorities. They just mailed me home by the first train to Bucharest. It was the summer of 1989. In the winter, the Communist regime fell in Romania.

Adam and Eve: The Tree and What They Ate