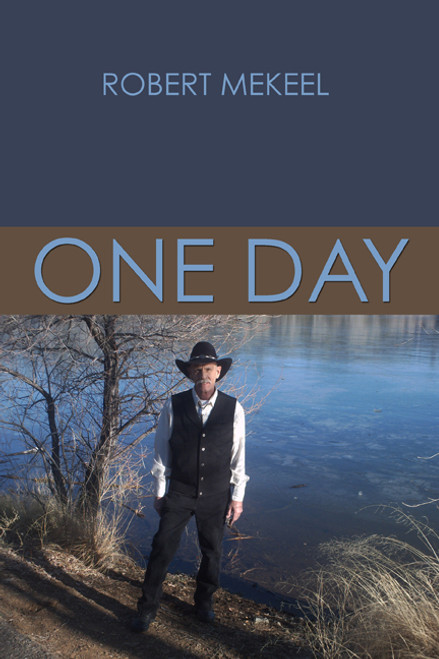 by Robert Mekeel In One Day, Robert Mekeel takes the reader along with him on a twenty-four-hour observation of nature in one of his favorite locations: Lake Isabella in California. Mr. Mekeel introduces the reader to the wonders of nature that occur during the daytime and at night. The narrator sets off on a nature exploration at dawn. He describes the birds, bugs, fish, and foliage he encounters. As the story progresses to nightfall, Mr. Mekeel gives an introduction to the food chain by describing predator-prey relationships, such as that between owls and mice and that of spiders and bees. Mr. Mekeel also conveys the cyclical character of the natural world by describing an entire twenty-four-hour period in the wild. One Day starts at dawn, goes through dusk and nightfall, and ends at dawn of the next day. The author writes of natures permanence: As the narrator leaves to return to his usual urban habitat, Mr. Mekeel explains that the animals will continue living in the same way they have been living since before man ever arrived on the planet. This reverence for nature is combined with vivid descriptions of its beauty to create an interesting account of an environmental expedition. One Day might appeal to a young reader in an urban or suburban setting who wants to learn about the beauty and wonder of the natural world. This work may be useful to teachers and counselors in classroom and camp settings. ABOUT THE AUTHOR Robert Mekeel was born in 1952 in North Arlington, New Jersey. He now lives in Prescott, Arizona. He was a construction worker for thirty-four years. (He is now retired and attends Yavapai College.) Mr. Mekeel enjoys birds, animals, flying, and nature (outdoor activities). He has three children and twelve grandkids, ages two to fifteen. (2008, paperback, 32 pages) Availability: Usually ships in 2-3 business days.
×

One of the Few, The Proud, The Marines