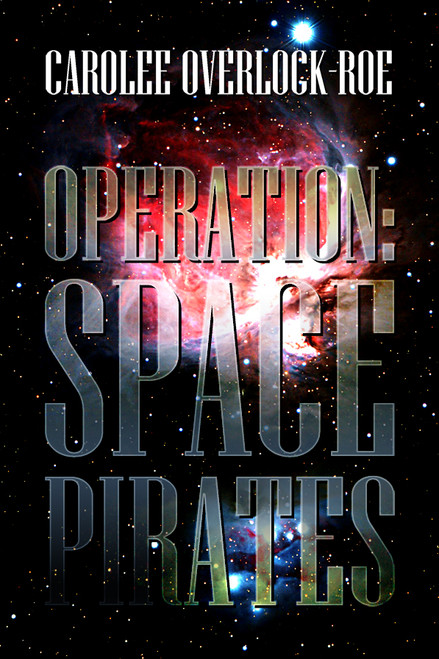 In the Orion Galaxy, a star system of eight planets has seen centuries of war. Over the decades, the Empire has conquered one planet at a time, lastly reaching the planet Midrabah and leaving one planet untouched, Amnos.

A struggle within the Empire has caused conflict over territory, but the royal family has kept them focused on defeating the rebels. The rebels are fighting for their freedom. Most of them are the telepaths whose home planet is Midrabah. They hold the key to ending the war. Three families from different worlds must come together to open the door and find the key that will end the conflict.

A young commander from the planet Earth brings these families together by forming the organization called Space Pirates. The operation forces the Empire to retreat for a while, but the rebels are few in number and some must work covertly with the enemy in order to free their own families.

Come and read their four-part tale of romance, mystery, humor, space battles, hope, faith, and a belief in a higher power. Join the Space Pirates on their journey of discovery. Will the Space Pirates find the key to ending this long-fought war? Or will the Empire finally take over the Orion Star System and the whole universe?

I was born in Camden, Maine, near the ocean. I went to Camden-Rockport High School, where my English teachers Mr. Moro and Mr. Potter encouraged me to continue writing. They became my number-one fans as I shared my many short stories with them. I moved to Kansas City, Missouri in 1993, looking for experience.

My artistic talents include art, music, and writing. I recently sang with the Eastside Baptist Church Choir in Independence, Missouri, and Im a pharmacy tech at local pharmacy.