Paws: A Place For Lost Cats and Dogs 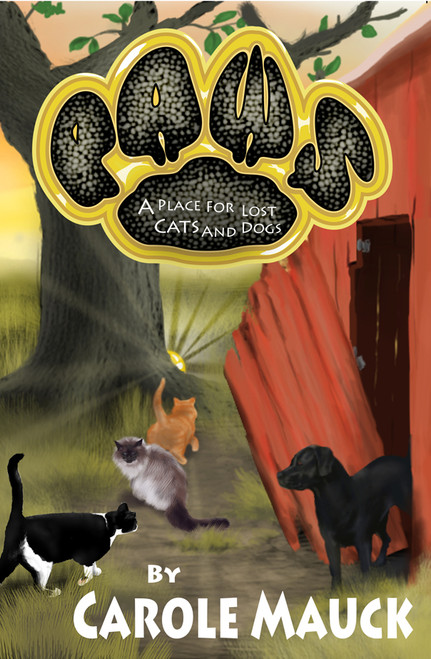 Paws: A Place For Lost Cats and Dogs

Paws: A Place For Lost Cats and Dogs
by Carole Mauck

Noocee, Nuffy and Peacher Boy were happy house cats. Escaping to the outdoors to play with their forest friends in the near by woods was their most favorite thing to do. The forest animals told them many times about a far away place where only cats and dogs could go. It was told to them that a bright light would appear and the next thing you know they would be gone. The cats thought they were only teasing because they never heard a cat or dog who went missing into a bright light. They heard on TV that sometimes a dog or cat was lost only to show up months, even years later on their owners doorstep. The cats dismissed the story their friends told them coming back to the forest year after year to play fun games in the woods especially hide and seek.

Tumbling into the light they soon landed on what appeared to look like a leap. Where are we, how did we get here, what happened the cats were asking each other when they heard a faint Hello.

Frozen in place the three knew they werent in their woods anymore.

This first time author lives in Troy Michigan with her three cats. Her own two cats who went missing in the woods near her home gave her the idea to write a fantasy adventure book about lots cats and dogs.

No Place for Innocence

Pavlov's Cats and Thirty Other Short Takes from Mensa Monthlies