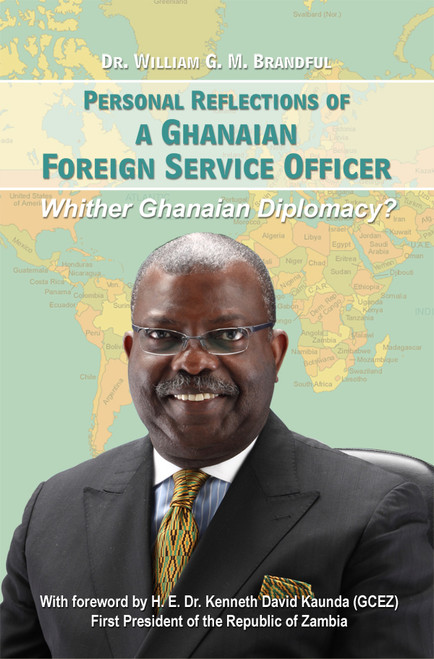 Dr. William G. M. Brandful, born on December 04, 1952 in Cape Coast, Ghana, will turn sixty years old on December 04, 2012, when he will launch his book Personal Reflections of a Ghanaian Foreign Service Officer - Whither Ghanaian Diplomacy?

The book chronicles Dr. Brandfuls experiences as a Foreign Service Officer in a way that those experiences serve to mirror the diplomacy of Ghana which then gets examined to see how it may have excelled in the past; how it is being confronted currently with challenges to the point of sometimes blunting its efficacy; and how it could be re-engineered towards greater future achievement.

The attempt may be ambitious, but it is motivated by a passionate sincerity, only equaled by the other commitment to also contribute through the book to the creation of institutional memory for the Ministry of Foreign Affairs and Regional Integration of Ghana.

Currently the Ambassador of Ghana to Japan with concurrent accreditation to Singapore as non-Resident High Commissioner, the author served previously at the Ghanaian Missions in Zambia, Mali, Germany, and Benin.

Between the date of joining the Ministry of Foreign Affairs and Regional Integration in May 1977, and the specified diplomatic assignments, Ambassador Brandful worked at various positions at the Ministry in Ghana, including Chief of Protocol and later as Supervising Director, Policy Planning, Research and Monitoring.

Peril of the Werewolf