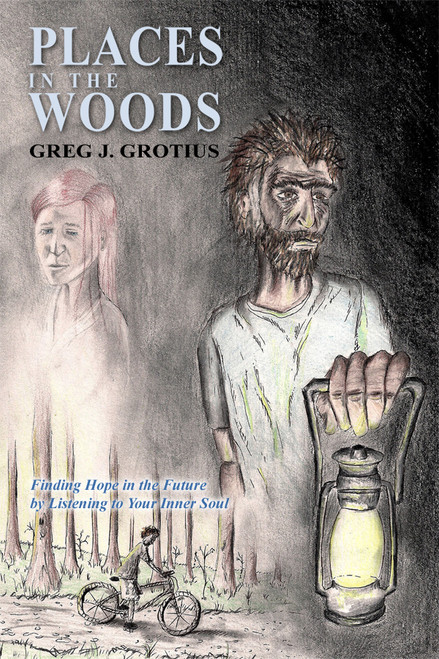 Places in the Woods
by Greg Grotius

Bill is very troubled by the way life is in the year 2076. He is clueless as to why the worlds resources are depleted. Family life and life itself had been a difficult and dark journey. Bill has intuitions that something is terribly wrong and discovers throughout his journey the worlds situation is very grim. The woods reveal a mysterious dark secret.

On his journey, he meets some nice people but finds out that others are very bad. Places in the Woods depicts true senses of loss, criminals of the worst kind, as well as love and hate. When grim actions are revealed, the story takes on an extremely mysterious plot.

Places in the Woods is entertaining, gripping, sad, and offers a devastating climax that represents mans inhumanity to man. The journey of Bill is an eye-opening revelation indeed.

Greg J. Grotius was born in South Bend, Indiana. He was fortunate to hear about and see old films that the family loved. His favorite genres of film were classic drama and horror. He also became well read in fiction and nonfiction. His main interests lie in music, literature, and film. He is also an established musician who plays acoustic guitar, harmonica, mandolin, and sings, and currently provides musical entertainment to retirement and nursing homes. His repertoire ranges from classic rock to golden oldies. Greg now resides in Evansville, Indiana, where he has lived since he was very young.

Grotius graduated with a Bachelor of Science degree in Radio and TV Communications and had worked a total of fifteen years in the field of media. He also earned an Associates degree in Business. He continued his education to become a teacher, which did not pan out due to the market, and he decided to retire the teaching avenue. He now shares his life with loving wife Teresa and their precious pets. In years prior, he had often written poetry and short stories. The idea for Places in the Woods came to him in 2004. The neighborhood in which he grew up was surrounded by a large wooded area. After many hours and days of thought, the plot for the story was born. He gives an eerie approach to a futuristic scenario that takes place in the woods that will surely pull in the readers.

No Place for Innocence

Pieces of Me When Poetry Moves You