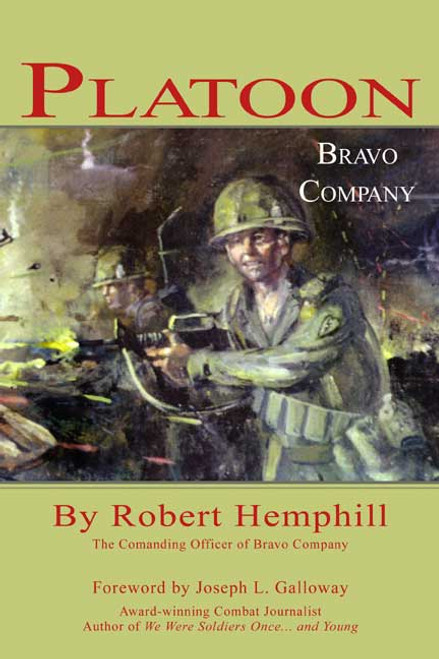 by Robert Hemphill The unit in the movie Platoon is identified at the beginning and end of the film as Bravo Company, 3rd Battalion, 22nd Infantry, 25th Infantry Division. That unit was commanded at the time by Captain Robert Hemphill, now Lieutenant Colonel, Retired. Colonel Hemphill considers Platoon to be its directors own artistic interpretation of events that occurred in his Infantry company. Since the line infantryman is not normally privy to the thoughts and actions of the commander or of the overall scheme of combat activities, however, much of his story is speculation or sheer imagination. Nevertheless, this film, and other sensationalist movies like it, have been very influential in shaping American and world public opinion concerning the conduct and accomplishments of the American soldier in Vietnam. Based on Platoon and his other Vietnam-related movies, this director apparently views the average American soldier in Vietnam as a cruel, racist, pot-headed malcontent. Hemphill says this is a serious misinterpretation. He found the Vietnam combat infantrymen to be like American combat soldiers everywhere: some were very good, some not so good, but most took their jobs and service seriously and did the best they could with what they were given to do. While isolated incidents of indiscretion did occur and were voraciously reported in the media, the vast majority of frontline infantrymen were not habitual dopers, did not commit atrocities, did not hunt down their fellow soldiers, and were not psychotic killers. In contrast to many depictions of the Vietnam combat soldier, this book represents him as he really was, particularly during the time of Colonel Hemphills tour of duty as Bravo 6: profane, yes, but honorable in the performance of his duty. ABOUT THE AUTHOR Robert Hemphill grew up in Georgia, graduating from the University of Georgia with a B.A. in political science in 1964. He served in the U. S. Army from 1964 to 1989, retiring as a Lieutenant Colonel of Infantry, receiving a Silver Star (for Gallantry in Action), Bronze Stars with Vs (for Valor in Ground Combattwo awards), a Purple Heart (for Combat Wounds), and several other citations and awards. He served two years in Vietnam. Hemphill completed an M.A. in international relations at Johns Hopkins University in 1973. He is a much sought-after speaker at veterans and other organizations, and has taught parttime at high school and college levels. Hemphill currently lives in Northeast Pennsylvania with his wife, Carol, on their horse farm. (2006, paperback, 202 pages) Availability: Usually ships in 2-3 business days.
×

Mr. C's Investment Club Goes On A Cruise: A Book about a Passenger Cruise Line Company

Playright: Life on the Other Side

Pitching Essentials: How to Become a Better Pitcher or Pitching Coach

Pickin' Bone in the Bible Belt

Pieces of Me When Poetry Moves You