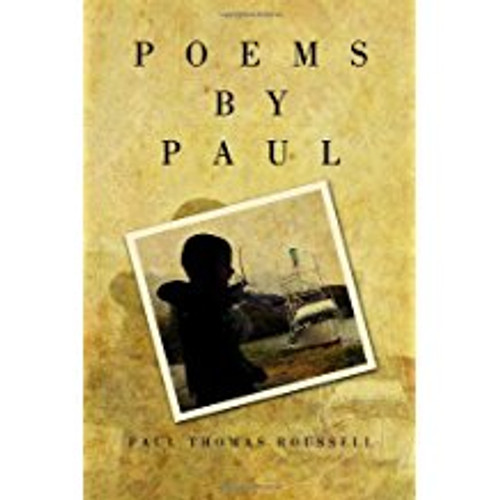 Paul had the good fortune to live in a small town and in a house that was located across the street from an inland waterway that was used for commercial fishing and pleasure boating. In the rear of the property were several acres of woodland. His second-floor bedroom afforded him a magnificent view of both the water and the woods. This is how he gained his adventurous love of the water, marine life, animals, birds, and a general love of all things aligned with nature, including fellow workers and other slices of life.

His dreams became a reality by taking to sea in his mid-teens to his now midlife years as a fisherman and then as an able-bodied seaman aboard a research vessel. His love of nature and his experiences has enabled him to bring all this together, projecting it in poetic form for the enjoyment of all to read and interpret.

As a young boy, Paul developed a love of all things associated with nature, especially the sea and animals. He lived near the woods and from his bedroom window, he could see an inlet that led out to a bay and then out to the Atlantic Ocean. On these waters, fishing boats would come and go and it was then, as time went on, that he was determined to one day go to sea. That determination led him to twenty-eight years as a commercial fisherman in the local waters and deep-sea fishing in the Atlantic Ocean off the New England coast.

He is now employed by the University of Rhode Islands School of Oceanography, serving aboard the R/V Endeavor out of Narragansett, Rhode Island. In the past few years, he has traveled to many parts of the world, including Iceland, the Black Sea, and countries in Europe, South America, and Africa.

Poems of Life: Humorous and Otherwise