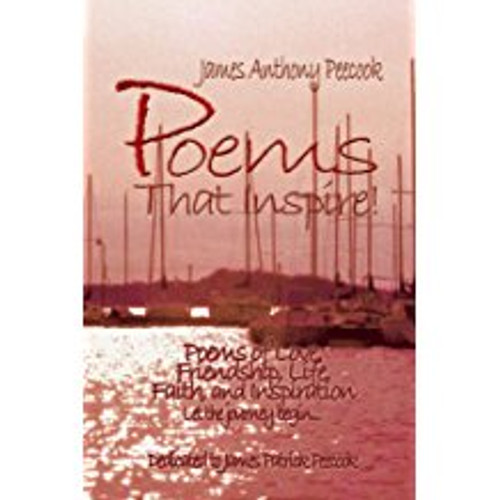 by James Anthony Peecook James Anthony Peecook has been writing for over half of his life, drawing from two inspirational sources. The first is his Heavenly Father. From intense biblical study to prayerful reflection, many of the poems draw on His Word. James has a unique ability to blend life experiences with their spiritual basis, allowing each reader to discover similar connections. A second source remains his father. James Patrick Peecook was a leader, friend, and role model for many. His personal gifts and life lessons are woven into the fabric of the younger James and reflected throughout his writing. When his father passed in 1999, James intensified his writing, capturing the emotion of this loss while honoring the legacy of this awesome man. James did not intend to write a book. As a tribute to his father and a way for many to deal with the loss, James started sharing his writings with family and friends. The response was overwhelming, and James soon learned to include a box of tissues with each book. Many in his initial audience found at least one or two poems that spoke directly to them, leaving an indelible mark on their heart and warmth in their soul. Once you are introduced to this inspirational collection, you will likewise discover truth and inspiration in Poems that Inspire. Chuck Papandrea (2004, paperback, 58 pages) Availability: Usually ships in 2-3 business days.

Poems of Inspiration: Volume I

Poems from the Heart (by Jean Pluess-England)