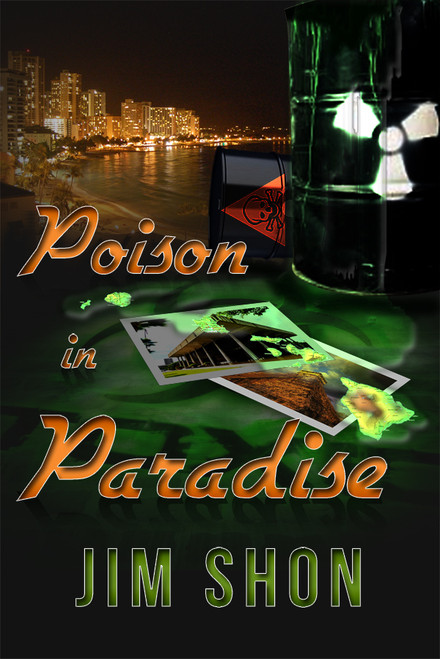 Poison in Paradise
by Jim Shon

This novel was written in the 1980s when Jim Shon served in Hawaiis State Legislature (1984-1996). He has also been a staff member, a lobbyist, and a campaign consultant. The fictional conversations and politics depicted are based on his own thoughts and experiences as he tried to understand what it meant to be an elected official.

It was a time when there was no Internet. Information about government still came from the print media and broadcast news reporters. It was a time when personal relationships were stronger among elected officials and between the elected and the voters. Personalities seemed to be larger than life. Sugar and pineapple were still major players in Hawaiis economy, and in its politics.

Poison in Paradise is about power politics, crime, arrogance, cover-ups, the media, and the inner workings of a legislature. It is set at a time when the environmental movement was just learning to challenge the growing appetite for development and profit.

As America debates what it means to be a democracy in the 21st century, Poison in Paradise is an entertaining window into how our representatives in any age think, use the media, and build support for their own agendas.

The book is set in a beautiful state known for its beautiful people. Its characters reflect the unique cultural diversity that led President John F. Kennedy to comment: Hawaii is what we are all trying to become.

Shon has since gone on to serve as head of Hawaiis charter schools, and as a fundraiser for nonprofits.

Prepare to Meet Thy God Jehovah