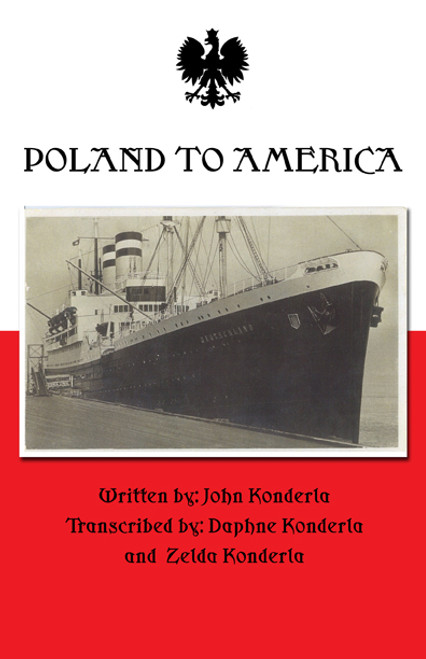 Written by John Konderla Transcribed by Daphne Konderla and Zelda Konderla John Konderla was born in Dallas, Texas, on March 17, 1926. He was the third son born to Anton and Filomena Konderla, who immigrated from Poland in 1914. John graduated from Crozier Tech High School in Dallas in June of 1943. He joined the Navy in February of 1944 and was discharged in July of 1946. After serving in the Navy in World War II, he met the love of his life, Zelda Sauer, whom he married on July 16, 1949, at St. Edwards Catholic Church in Dallas, Texas. John and Zelda had their first son, Tony, in May of 1953, eventually settling in Austin, Texas, in 1959. Their youngest son, Michael, was born in July of 1961 in Austin, Texas. John and Zelda raised their family in the historical neighborhood of Travis Heights in Austin, Texas. John Konderla passed away at the age of eighty at 9:00 p.m. on June 23, 2006, with his family by his side, three weeks short of his fifty-seventh wedding anniversary with his wife, Zelda. This book is dedicated to Johns mother and father for the courage and tenacity they displayed in search of a better life for the Konderla family and generations to come. (2008, paperback, 114 pages) Availability: Usually ships in 2-3 business days.
×

Poetry of the Deep