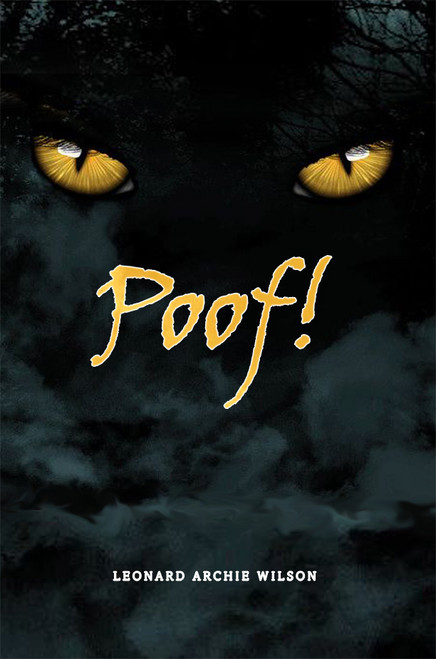 In June 2004, Leonard Archie Wilson underwent open heart surgery for heart failure, often referred to as a cabbage by the medical community, the kind of operation that leaves the patient with a zipper scar on the chest. The operation was successful, but while unconscious, Leonard had the first of many vivid dreams over a fourteen year period. This book is a compilation of those dreams. They range from the mundane to the mystical. At the urging of his daughter, Jacqueline, he kept a journal on his bedside table in which he wrote contemporaneously as he woke from each dream.

This book cannot be accurately described as fiction nor is it biographical. They are real experiences, they are dreams. You will find that Poof! is a rollercoaster ride of mystical and imaginative events, buckle up and enjoy.

Leonard Archie Wilson was the fourth child born to Leonard and Althea Wilson on the island of Jamaica. While still a baby, the family moved from Jamaica to England as a result of the destruction of the family home by the 1951 Hurricane Charlie.

As an intelligent and energetic young man, Wilson used his imagination and creativity, whether learning from his older brother or sharing his experiences with younger siblings. In early spring of 1967, as a teenager, he returned to Jamaica with his family. Jamaica seemed to be completely foreign to him. He was not looking forward to leaving his friends and starting a new life in a foreign country. Wilson’s father introduced him to an old friend, a noteworthy jeweler in Kingston. This was the beginning of a four-year apprenticeship and a forty-nine-year career.

Wilson married a Michigan girl, who he met while they were both attending West Indies College (currently NCU). They lived in New York in the 1970s. The union was blessed with a boy and a girl. They settled in Pennsylvania for thirty-four years, and Wilson established his full service jewelry store between 1982 and 2016. Two of those years, he presided over the town’s business community. Wilson retired in 2016.

To date, this is Leonard Archie Wilson’s second novel. His first novel was entitled A Jamaican Family’s Saga.

Preparation for the SAT: Math Workbook