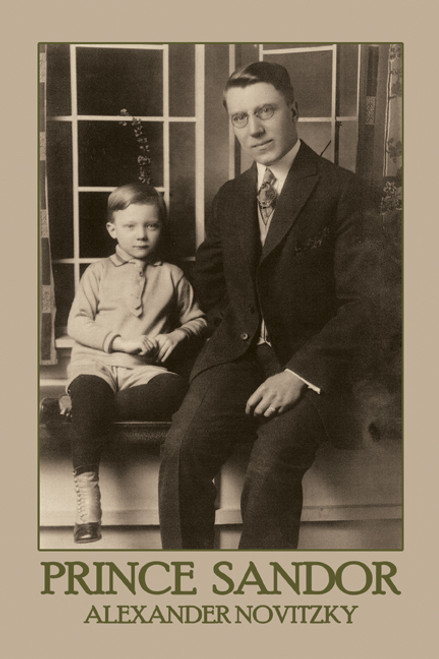 by Alexander Novitzky Alexander Novitzky wrote Prince Sandor in honor of his parents, Iren Stebler Novitzky Haueisen and Emil Novitzky, who came to America from Autria-Hungary before 1918. These two wonderful people had the will and courage to come to the New World, where the Constitution guarantees freedom from religious oppression. They also experienced the freedom to work and to move at will to wherever a person could best prosper. Life was not easy; hardships and suffering had to be endured to attain their goal. A new and difficult language had to be learned, and hard work and good morals were essential. But the reward was great: citizenship in a sprawling land of endless prosperity. ABOUT THE AUTHOR: Born near the end of World War I and raised in Detroit during the Roaring Twenties, Alexander Novitzky has always been a prolific writer. As a member of the UAW-CIO labor union, he wrote many articles for the Solidarity newspaper. While serving in the United States Navy during World War II, he was a reporter for the base newspaper, SEABAG.. After his retirement from Tishken Products Company, Alexander Novitzky started taking writing classes, but he also takes the advice of his friend, Lary Crews: If you want to write, write! Mr. Novitzky extends a special warm thanks to his wife, Dorothy, who encouraged him to write this book. (2004, paperback, 280 pages) Availability: Usually ships in 2-3 business days.
×

Principal Leadership Behavior and Faculty Trust: Is There a Connection?