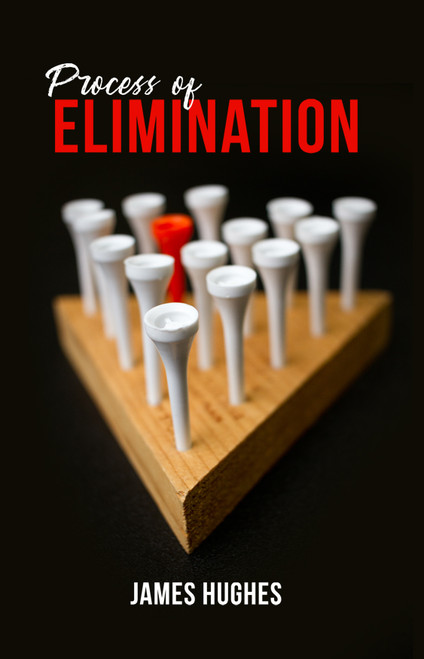 Process of Elimination is about a young man who has suffered a terrible loss, one that has crippled him emotionally for months. In the book, he grieves and searches for a reason to resume his life, until he is seized by an idea that gives him a reason to face each day and the motivation to start living his life again: he is going to even the score.

Author James Hughes has always enjoyed reading and writing. Growing up he especially enjoyed the writings of O. Henry (real name William Sydney Porter). He liked the unique twists and surprise endings to his stories. While working as a career engineer, Hughes was required to write about the many military systems he worked on, but these were mostly factual accounts and reports about those systems. It was writing, but not the kind he had in mind.

Process of Elimination was written over several years, starting first in Hughes’ mind before he tried to put it all down in words. He would write for periods of time, let it lay for months, and then would again attempt to flesh out the story as new ideas and thoughts came to him to add to the narrative. In July of 2018, he decided that had said all he wanted to say in Process of Elimination, his attempt at an O. Henry-inspired story.

ARTphabet: An Early Education Guide to Process-Focused Art from A to Z