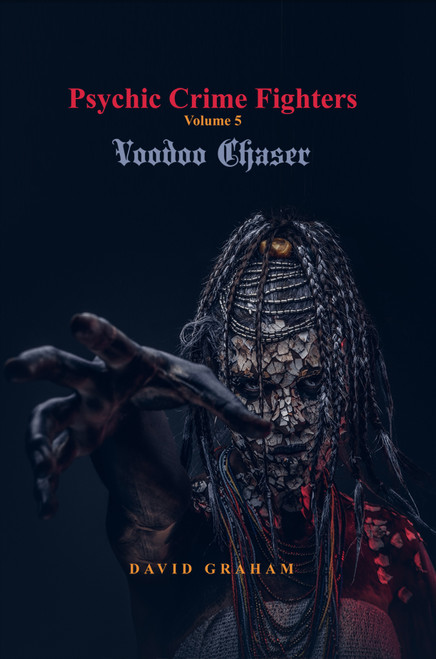 Ex-police officer, Darrel Winston, and reserve police officer, Harry Nelson, have psychic abilities that lead them to crimes that are about to be committed. They never know when a crime is going to strike and always need to react quickly.

They meet and mentor a young woman whose own psychic ability scares her. She has the ability to heal, but has limitations that force her to be unable to heal everyone. Nelson and Winston have experienced this with their own abilities and know what it’s like to not help everyone, to having no say in the cases they want to work.

Darrel aggravates a wannabe drug cartel whose main weapon is a man with his own psychic ability, hypnotism. When he uses his ability against Darrel, a struggle ensues that transcends any physical ramifications. Darrel becomes a fugitive from the law as he faces the cartel, and Mr. Voodoo.

David Graham is a former police officer. He left the force after 18 years, spread between three different departments. The last ten years were spent as a reserve officer as he changed to a 9-5 job selling parts for a global company and working as a part-time police officer. He and his wife, Ann, raised four boys in Northern California. Two of those sons entered the military and experienced war in foreign countries.

Graham is now semi-retired and writes novels loosely based on his days as an officer. He mixes his experiences with the concept of psychic insights aiding in the crime-fighting effort.

I Have a Secret