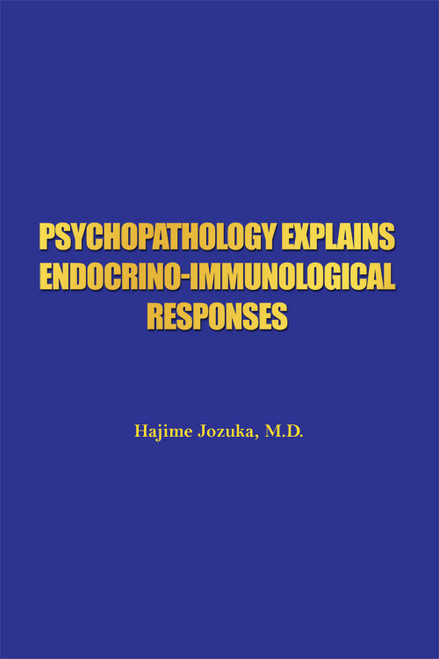 Author Hajime Jozuka, M.D. found the tumor protein. It had been thought that this protein is found in only malignant multiple myeloma in urine, in a Schizoaffective disorder at an acute phase for the first all over the world. From then on, the study on the relationship between brain phenomena, mental states and Immunology, especially malignant tumor immunology were begun by Jozuka in 1978.

Jozuka continued many experiments and examinations to show the actual relationship between stress, including distress, and immune responses. On the one hand, Jozuka examined how to reduce immune responses against malignant tumors. On the other hand, he examined how to elevate immune response against malignant tumors, allergic dermatitis, and chronic fatigue syndrome. At last, he found that various immunological responses happen by various psychopathological problems. At the same time, SSRI and DHEA appeared in the world. Accompanied with this phenomenon, he found SSRI elevates Natural Killer cell activity (elevation of IL-2 and NK promotion) and DHEA elevates repair-ability of human. Furthermore, he found that the injection of glycyrrhizinic acid showed serious effect against C-viral hepatitis and hepatoma. Accompanied with development of his treatment methods, 88% patients, who were informed from their doctor, You will die within several months, have been living healthy after more than 15 years. Additionally, they received Daseinsanalysis as psychotherapy. Unfortunately, several patients, who received a surgical operation, passed away after 10 years. Jozuka found the most important phenomena of a human being as Psychoneuroimmunopathology.

Hajime Jozuka, M.D. was born in Takaoka City in Toyoma Prefrecture in 1946. He is a psychiatrist who created and specializes in psychoneuroimmunopathology. He was certified by the National Library of Medicine, Stanford University of Chicago, Oxford University of Cambridge and others. Jozukas research, however, is not recognized by Japanese universities. Jozuka founded the treatment method of C-viral hepatoma. He also discovered psychosomatic and psychiatric treatment methods for a variety of somatic diseases, including diabetes. Jozuka has written many articles and books in English and Japanese. He is not simply a famous medical doctor and research, but also a famous musician (oboe) and artist.

Diabetes Mellitus Based on Psychopathology and Brain Science

Promise of the New Testament: Saved by Grace