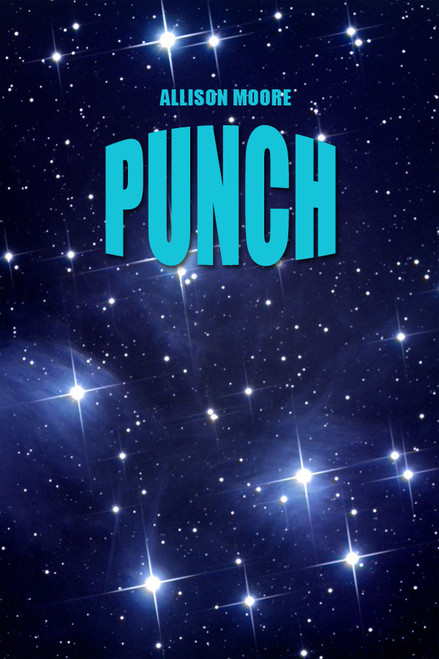 Punch is the story of two twenty-somethings living under assumed identities, put into hiding by the FBI. Out of touch with their families and friends and ignored by the very people who put them there, they each must invent new methods of adapting in a world they no longer understand.

This book asks the question: What happens when the world no longer presents a reference point?

For Jessica Lansing, the answer lies in pursuing her thesis after putting it on hold for two years. But as the months drag on without a word from the FBI and haunted by her sense of herself and her place in the world, she pushes the envelope, not always the best answer when youre being hunted by a serial killer.

Conrad Wood, on the other hand, just wants to get back home to Eve, his fiance, his predictable job at the Steakhouse and his horse Hamburger. But he, too, finds himself ignored by the FBI, and left to himself in an obvious play on his psyche, he, too, must learn to improvise and adapt even against his own will.

Paul Bung is the catalyst in the psychological game of cat-and-mouse. And he would like nothing better than to get the whole tawdry business over with and get back to his life as a fashion mogul and to his stuffed bunny, Ignatius.

Allison Moore attended college in Los Angeles, graduating with Honors in 1992. Most of her early career was spent in film and television production. She has been active in script development and has written one screenplay, Still Life. She is currently working on an epic comic book.

Pulling them out of the Pit of Being Confused, Shamed, & Humiliated