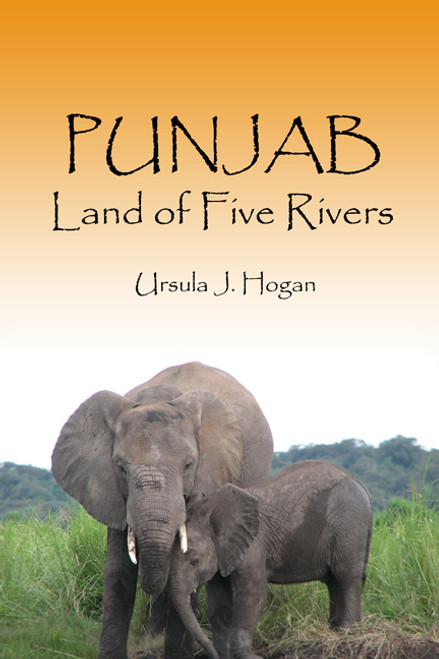 by Ursula J. Hogan This is a beautiful love story about India, which was once a colony of the British Crown under the Raj. It is a story that has to have the title Punjab, which means land of the five rivers. History, culture, population, cuisine, customs, climate, and the lives of the vast folks who lived there are all expressed here. Hindu and Moslem alike scattered Sikh States of that wonderful country, and it is a heartfelt story of lives there. Europeans came from England and other parts of the world and departed from her shores in 1946, after World War II came to an end. India won her independence from the British Crown in 1947. Now India is divided into two parts, Pakistan in the north and India in the south. This caused Kashmire to be divided in half for Pakistan and India, where both claim as theirs. Sometimes there are clashes between the two. But peace reigns until it rises again. As Mahatma Gandhi said, Let the two nations, Hindu and Moslem, live as two contented brothers. ABOUT THE AUTHOR Ursula J. Hogan was born and raised in British India of military parents Captain James Wetheral Smythe and Pauline May Baness Campbell. She was the youngest daughter of a large family and was taught to respect the country, as they were guests of India and were expected to respect its people. While being raised in the captains family, they were sent to Simla Hills for their education. Their mother tried to get them to attend the local Indian school but they didnt, as they didnt understand Urdu enough to speak fluently. The three daughters, Barbara, Phyllis, and Ursula, were enrolled in Auckland House Girl School, and later on Ursula attended Sanawar Royal Military School. Sanawar was a school for military personnel, dependents, and orphans of military parents, and Ursula completed her education there. (2008, paperback, 126 pages) Availability: Usually ships in 2-3 business days.
×

The River of Liquid Dreams

Pulling them out of the Pit of Being Confused, Shamed, & Humiliated

Purgatory of the Body