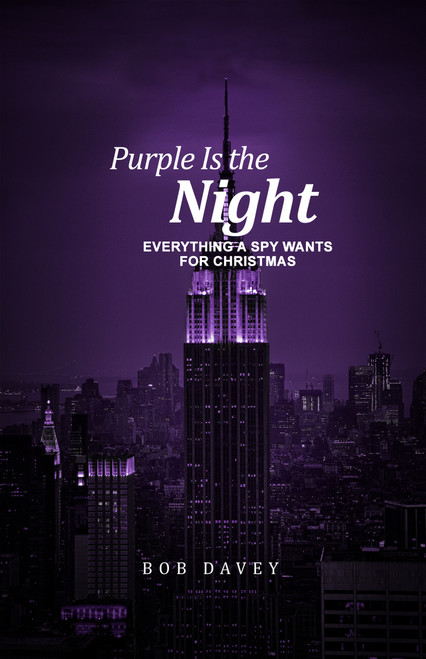 Purple Is the Night: Everything a Spy Wants for Christmas
by Bob Davey

Purple Is the Night: Everything a Spy Wants for Christmas is an adult Christmas classic. But make no mistakes about it, this is a spy novel!

Follow the tortured soul of master spy Robert Darkness David Black through a maze of evil, nuclear intrigue, and danger to the final ending of redemption and wealth.

Set in the Hudson Valley, follow Darkness and his best friend, British rock star and fellow spy Davy Longfellow, as they face off against the Mafia and various spies to the final showdown with the group known simply as the Occult. The Occult preys on the souls of Westchester County.

Follow along to the tragic love affairs of Darkness and his tortured past, the many girlfriends and back-up singers of Davy Longfellow, and the drunken haze of beer the two endure to kill the poison. The Mafia is not playing the gentlemans game like gentlemen.

Still, it was just a warning. The mob needs to keep the two troublemaking spies alive for their own of silent reasons.

This is the game below the game. The politics below the surface.

About the Author: Classic cold warrior, controversial writer, folk hero, and professional spy: Bob Davey is a retired telephone man and lives quietly in southeastern New York. His first book, A Spy Affair, was written solely to give his active imagination recreation and time to play.

Daveys real-life adventures are legendary. True to his craft, he simply goes back home, changes scenes around, and writes the fiction, often more colorful, than the reality.

Many powerful people in New York are upset with Daveys gifts as a writer. His craft gives Davey and the reader a window into the sub world of foreign policy and the demons that torture a spys soul.

Queens in the Hole