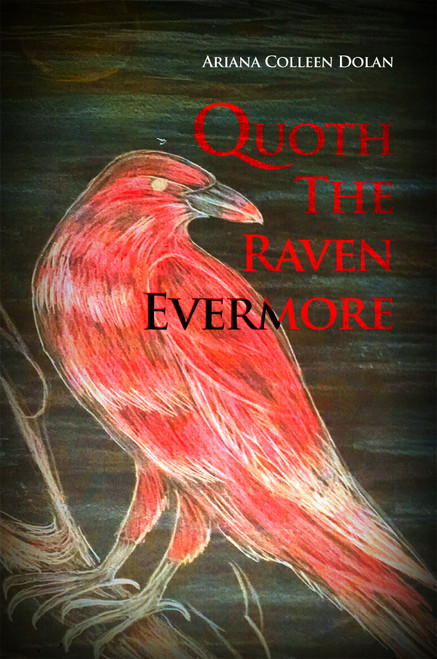 Ariana Colleen Dolans take on the classic Sir Arthur Conan Doyle detective novel from a female perspective is Quoth The Raven Evermore. The cases are solved by two women named Sheryl Helmes and Jean Watkins. She hopes that her take on these stories of suspense will endure the test of time, just as the classic turn of the century Gothic novel did for years to come.

This book is a collection of crime stories from her imagination and creativity. As intriguing as the past novel, these twists and turns will lure the readers into a web of murder and terror on every page. Not only are there suspenseful stories of detection and deduction, but Quoth The Raven Evermore includes pictures and dark poetry to capture the attention of the reader as if they were really there.

If this book does as well as Dolan hopes it will she will be willing to write more novels. She is interested in the reader's input, whatever facet they like the most. She wants to give the readers what they would like to see in her books, but will write no more than four. Dolan hopes they enjoy reading it as she did writing it.

Ariana Colleen Dolan started writing when she was in junior high school. Her favorite poet was Hemingway, who had inspired her to start writing poetry. She has always wanted to be a writer, and now, her dream has finally come true. This is her second book; her first one was A Book of Three Tales.

Her love for crime novels came from reading Sherlock Holmes, which is the basis for this book, only with a twist. She thought that with the franchise being so popular, a fresh perspective would hopefully become just as popular. As the original is not felt by a woman, she felt that the stories needed a facelift from the mundane as the typical male detective series.

Her mother taught her that a woman's place is not always a homemaker and mother. When Dolan and her family were away from home, her mother ran her own business leading Dolan to follow in her mothers footsteps. She too has run her own businesses, and now is pursuing her dream of writing books, and placing her own artwork in them.

Dolan is hoping she will make enough money to move to Canada before she dies, which is where her roots are located. She would also like to someday visit the other countries of her heritage, like Ireland and Scotland.

Queens in the Hole

Ralphie and His Friends - eBook