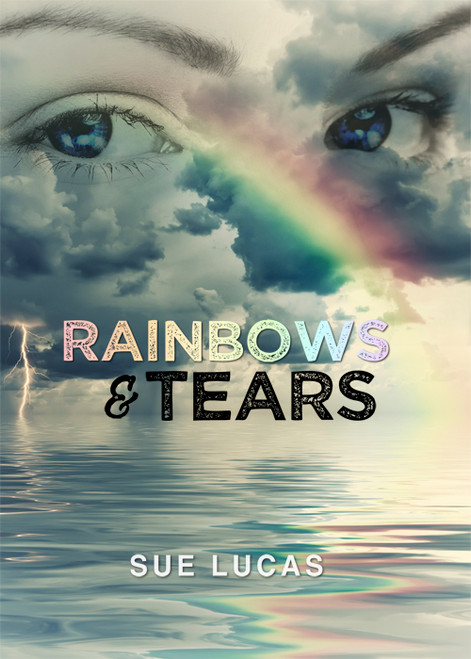 Rainbows & Tears was inspired by the old Indian saying, “Your soul would have no rainbow if your eyes had no tears.” It is too easy to let our losses and sorrows overshadow the true gifts in our lives. Though you may be in a dark place, the stars will shine and the sun will rise if you let it. Happiness comes from within and from the love and laughter of friends and family for they are your rainbows and will share your tears. The words and emotions are universal and all will relate to the losses and the joys expressed in Rainbows & Tears.

Sue Lucas grew up in Chicago, Illinois, but now makes her home in Villa Rica, Georgia, along with her husband of 49 years and her two dogs. She has three daughters. One lives in South Carolina, one is in Georgia, and one lives in Heaven.  These three beautiful girls have given her eight grandchildren.

Sue first discovered poetry in the fourth grade when her class studied the poetry of Eugene Field, specifically “The Sugar Plum Tree” and “Little Boy Blue.” Fifty-nine years later, the latter is still her favorite poem. In fifth grade, she wrote, produced, narrated, and starred in her production of “Life in a Medieval Castle.” Unfortunately, it didn’t make it to Broadway, but she has been writing poetry ever since.

Recently, Sue experienced an unimaginable sadness with the untimely death of her daughter.  Poetry is the expression of her inner feelings and she personally shares her own rainbows and tears with you in her book.

Tears Not of Joy

Rainbows in the Dark - eBook

Rainbows in the Dark