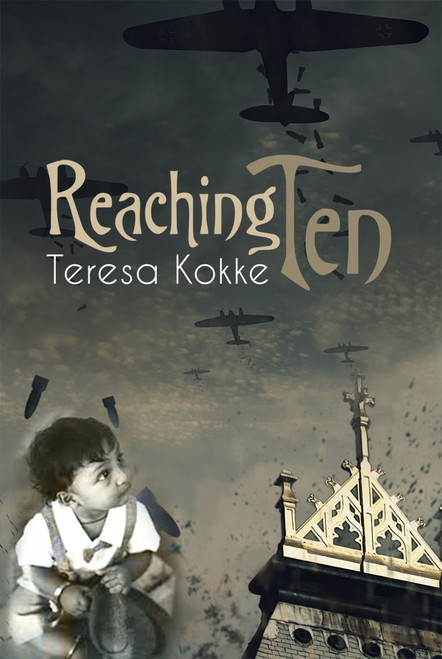 Born in Southern England three months before World War Two was declared, Teresa, the author, describes growing up amidst nightly air raids, bombings, and shortages, as seen through the eyes of a small child. Her four older sisters had been sent off to the comparative safety of Boarding Schools in the West of England. Teresa, however, being too young for this, stayed home with her parents in their hectic medical practice.

Her father was one of the few doctors exempted from military service, due to his own medical issues. So it was his job to take care of not only not only his patients, but those of five other doctors in the area, with the help of his wife, a very qualified nurse.

Despite the daily trauma, Teresa had a very happy childhood, listening to the wonderful stories told by her parents, as they awaited the nightly drone of approaching German planes.

But one day, at the age of two and a half, Teresa carelessly caused a nasty bike accident, and Victoria, the live-in household helper, had shouted that she was so wicked she would never live to see the age of ten.

Through the pages of this book, we learn that Teresa did indeed reach the age of ten, mainly because of the great love and care of her delightful parents. Sadly, Victoria had passed away a month earlier, day whilst living in the care of the nuns, devoted to minding the poor and handicapped.

Teresa Kokke was born and raised in England. She received an arts degree from the University of Sussex. She came to the US at twenty on an adventure and met her future husband who had recently emigrated from the Netherlands to New York City. Fifty-eight years later, they have had three children, lived in five different states, founded three businesses, and traveled the globe. She current resides under the trees in an avocado grove.

Thinking Your Way to Success: Volume I: Reaching Your Full Potential Today - eBook

Chronicles of a Gorean Bard - eBook