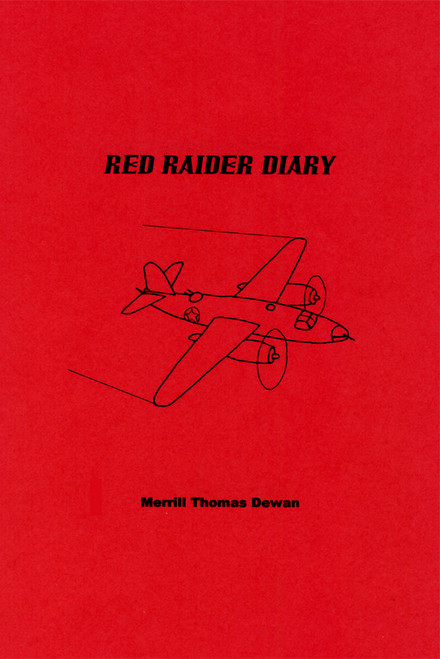 When we did hit Lae, it came as a complete surpriseThe three flights criss-crossed over the airdrome, each flight dropping its 120 bombsOur 18th flight laid em right down the hangar lineIt did my heart good to see those buildings blow upI felt sweet revenge for those boys who died in those hangars and barracks at Hickam.

Immediately upon arrival in the Southwest Pacific, 22nd Bomb Group crews were pressed into action, flying against targets in northern New Guinea, where the Japanese army was poised to advance on a virtually defenseless Australia. From crude dispersal airstrips, the Red Raiders initially flew unescorted, through merciless weather conditions and withering enemy fire, hammering time and again at enemy bases, troop concentrations and shipping. They succeeded in helping to halt the enemy advance and bought precious time for the arrival of long-due reinforcements. B-26 Navigator Merrill Thomas Dewan gives a firsthand day-by-day account of that critical first year of Air Corps combat in the New Guinea theater.

Merrill Thomas Dewan was born in 1918 in Turin, New York, one of nine children. Educated in local schools, he graduated from Boonville High School in 1936 and from Syracuse University in 1940. With war clouds gathering, he enlisted in the Air Corps in November 1940, was commissioned a 2nd Lieutenant and, following initial flight training, was assigned to the 18th Reconnaissance Squadron, 22nd Bombardment Group, 5th Air Force, based at Langley Field, Virginia. His combat training at Langley continued in various aircraft, including B-25 and B-26 medium bombers, and it was there that he met and began dating Elsie Marie Howe, a secretary and recent arrival from the Shenandoah Valley region He departed Langley with the rest of his unit on December 8, 1941, and flew cross-country to Muroc, California, where the 22nd assumed coastal patrol duties and underwent additional training while awaiting further orders.

Secrets of the Thirteen Diaries

The Diary of Tom Phoenix

Recent African Immigrants to the USA: Their Concerns and How Everyone Can Succeed in the USA