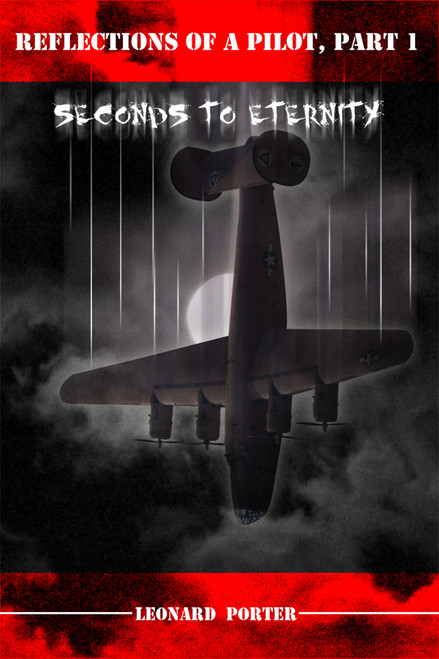 The story begins with arrival at the training base in San Antonio, Texas, and progresses through classroom studies to the progression of flight training. Pilot training and combat are almost equally dangerous with training casualties more numerous. Some dangerous incidents are revealed, including the fears and bravery of a combat crew.

An account of a near-death experience causes one to reflect on mortality and belief in God.

The narrative continues with an incident-filled flying career of the pilot, how the familys social life was directed and enhanced by his wife. Her dedication, ability, and charm contributed and allowed a successful completion of a storied career.

Leonard Porter came from the depression era of the twenties and thirties, graduating from high school in 1939 in Kansas City, Missouri. He married Martha Kilcrease, a high school classmate, in December 1941. World War II beckoned, and he enlisted in the Aviation Cadet program. After training and combat as a B-24 bomber pilot, he elected to stay in the Air Force.

His wife, Martha, was the perfect mate for a transient, stressful lifestyle. They endured and enjoyed many moves, base to base in the Unites States, along with a tour in Alaska and the far North in Greenland for Leonard. This was followed by several years of international flying. During this period, he was promoted to Chief Pilot and gained the rank of Lieutenant Colonel. He retired from the Air Force in 1964 and soon started a sixteen-year second career with Trans World Airlines.