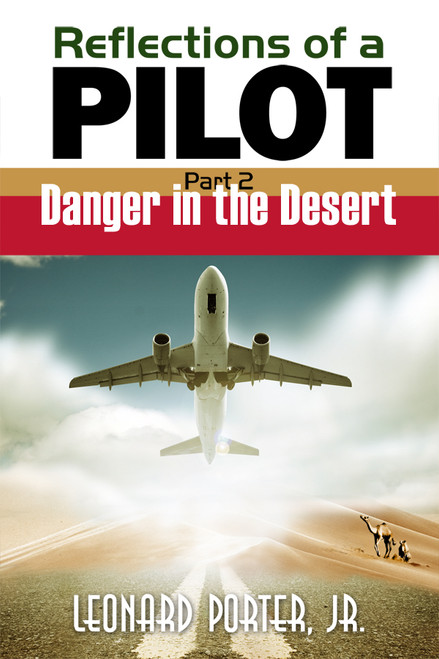 Reflections of a Pilot, Part 2
by Leonard Porter, Jr.

Leonard Porter was hired by Trans World Airlines as a contract captain and was assigned to Saudi Arabian Airlines to indoctrinate young Saudi pilots in airline flying. He and his wife lived in Jeddah, Saudi Arabia. Going through customs at the Saudi airport in those years was an adventure and set the tone for their entire visit. Leonards flying within the borders of Saudi Arabia was fraught with danger on every flight. There were no radio aids within the Kingdom except for Jeddah, Riyadh, and Dhahran. Desert sandstorms were frequent surprises. This story relates to many very dangerous flights and situations, and their outcomes will amaze and surprise you.

Leonard Porter graduated from high school in 1939 in Kansas City, MO. He married Martha Kilcrease in December 1941. Leonard soon enlisted in the Aviation Cadet Program and went to combat in the Pacific as a B-24 bomber commander where he was awarded the Distinguished Flying Cross. Leonard retired after twenty-two years in the Air Force as a Lieutenant Colonel. His first book was about his military career. Leonard was then hired by TWA as a contract captain. After his second Saudi Arabia assignment, he spent the remainder of his sixteen-year career as an instructor at the Trans World Airlines Pilot Training Center in Kansas City, MO.