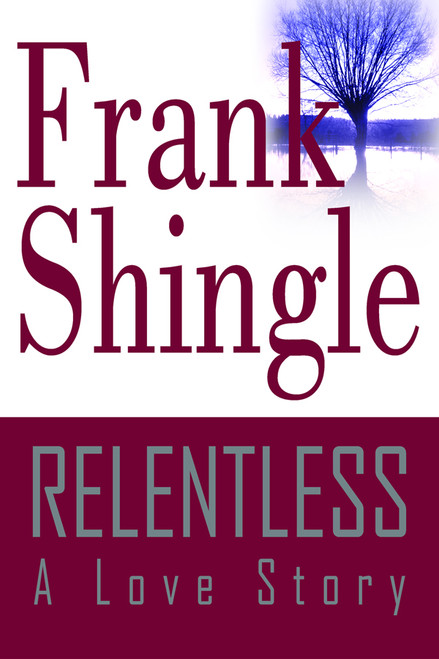 Kevin Carpenter is a teacher in the thick of it. He is fighting the school system that severely undervalues his students, while trying to help the students control their inner demons that threaten to overwhelm them. He even has to defend himself from his girlfriend, Deborah Smith, the social worker for most of his students -- because she has just as many problems as they do.

Relentless: A Love Story is a multilayered love story in its broadest and deepest sense. It is about perseverance, forgiveness and, most of all, what it really means to be relentless.

Frank Shingle was a writer, teacher, coach, tutor, and family man. He loved the outdoors and enjoyed long hikes in the mountains of Pennsylvania and for the last twelve years in northern California. He was a deep and conscientious man, which is evident in his writings.

If a man can be judged by how much he helped his fellow man, then Frank Shingle was a great man. He taught those who were considered social outcasts with behavioral problems. As a volunteer basketball coach for inner-city students, he created opportunities for these students that enabled them to rise above their environment of poverty, crime, and hopelessness. Many of his players went on to earn basketball scholarships to college, and several have joined the WNBA.

As a writing tutor, Mr. Shingle passed along his love and deep understanding of the English language to the children of immigrant families. His coaching enabled many of these students to succeed in English-speaking college environments.

As a father, he never missed a game, concert, or school play when his children participated. He had great love for his daughters, Tara and Melody, and his son, Frank Jr. He also loved and greatly appreciated Frank Jr.'s wife and family: Deborah, Pookie, Richard, Steve, Michael, Kimmy and Nancy.

Relentless: A Love Story was completed before his passing in July 2009. He devoted much of the last ten years of his life to this book and to two screenplays based on the book. It was his labor of love.

The Living Miracle: A Love Story