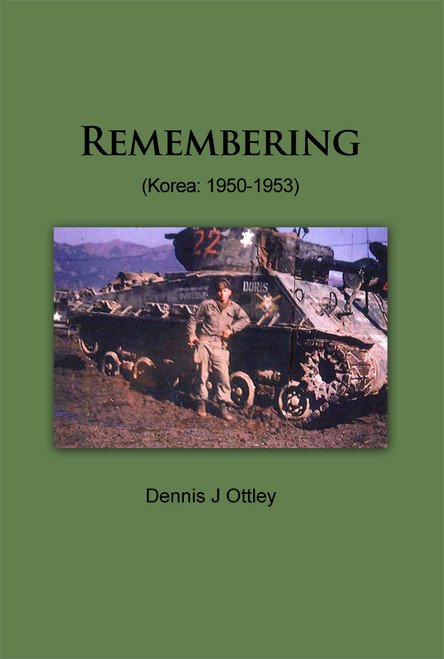 Remembering (Korea: 1950-1953) is the authors memoir. This book describes his involvement in Korea during the Korean War and points out the reasoning behind the conflict.

Over the years, the Korean War has been considered The Forgotten War by many. At one time, President Harry S. Truman referred to it as a Police Action, but 5,720,000 Americans who served in Korean have never forgotten what it was about and that it was much more than just a Police Action. They understand that it was an all-out war, and one of the bloodiest in American history. It involved over 20 countries of the United Nations that joined with the United States to save the South Koreans from annihilation and the tyranny of the communist countries, such as Russia and North Korea.

On July 27, 1953, an armistice was signed and today South Korea remains as a free nation and one of the strongest and wealthiest countries in Asia. This book is to help Americans understand what the war was all about and describe one soldiers experience and opinion of the conflict.

Dennis J. Ottley was born on January 28, 1932 in Salt Lake City, Utah. He lived in many different towns throughout his childhood, but his family finally settled in Evanston, Wyoming. He quit high school at the start of his senior year and joined the 141st Tank Battalion of the Wyoming National Guard. About the same time he met a girl who he became very serious about and married on July 26, 1950.

When the Korean War started, Dennis guard unit was activated in September of 1950. In July 1951 Dennis was selected for overseas duty and was sent to Korea to help form a new tank company. After serving almost ten months in Korea as a tank gunner and tank commander, he was discharged on May 29, 1952.

Dennis was in business for himself most of his adult life and retired from his real estate agency at the end of 2013 at the age of 81. After raising four sons and 64 years of marriage, he and his wife Sandy still live in Evanston.