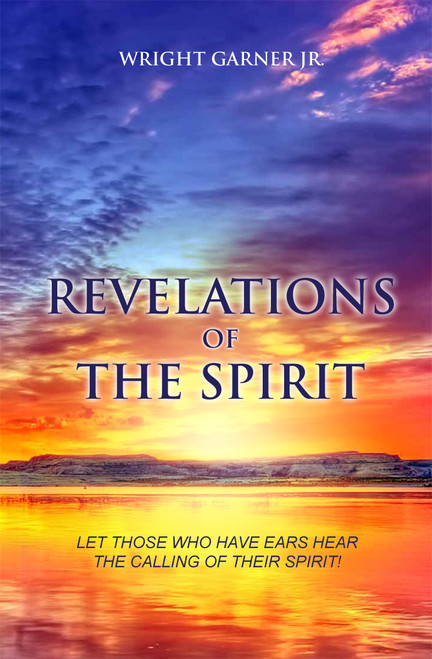 Revelations of the Spirit
by Wright Garner Jr.

On February 10, 2012, Wright Garner Jr. was paralyzed. A pain hit him in the back. He fell to the floor and spent four days there with no food or water.

Garner hollered for help, but no one could hear him. On the third day he began to fade in thought and spirit. He made peace with God and prepared to die. Somewhere in the twilight of time he felt a hand on his shoulder and a voice said This is not your time, you must fight for your life.

Sometimes God sits you down so that He can talk to you and you have no choice but to listen. This is Garners story and the revelations that God revealed to him. As an evolved man, Garner found peace in the time of his despair.

Let those who have ears hear the calling of their spirit. Wisdom is the foundation of knowledge and knowledge is the evolution of ones understanding. This leads to a greater vision of God and self.

About the Author: Wright Garner Jr. was born in Shreveport, Louisiana in 1946. As a child he spent every summer and some weekends on his grandfathers farm where he learned about the simple things in life.

At the tender age of twelve, Garner gave his life to Christ. However, as he became older, he began to feel that there was more to God than what was being taught in the church. He attended theology school. Most of his adult life he has spent seeking to quench the thirst of his spirit. Garner has traveled down lifes highways, in search of a greater understanding of self and creation.