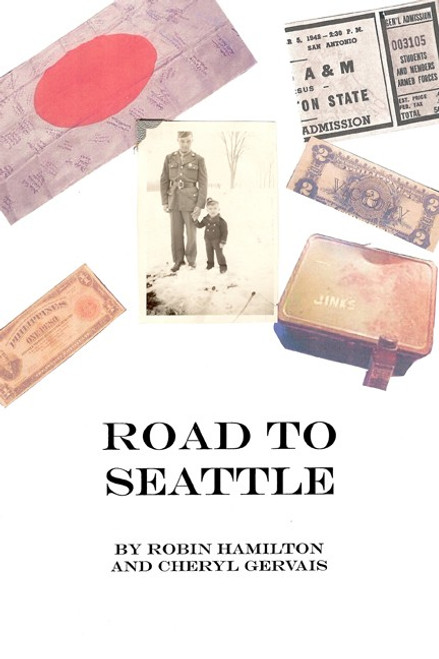 This is the story of Bob Jinks from early life to present time. It tells how he grew up to become a soldier in World War II. It shows his experiences as he traveled and fought from the U.S. Army boot camps to Port Moresby on the south side of New Guinea, to islands in the Philippines and finally to Japan, after the bomb known as Little Boy was dropped on Hiroshima. He finally arrived back on American soil in December 1945. This book is filled with his experience and history on the war. The photo on the cover is Bob and his brother, Ken, January 1943. It would be three years before they would see each other again.

Robin Hamilton of Lapeer, Michigan, and Cheryl Gervais of Flint, Michigan, are two of Bobs daughters. Both are first-time writers. They took on this project after spending Tuesdays with Dad and listening to the war stories he told from time to time. They finally started taking notes and asking him for more information.

Our reason for choosing Road to Seattle as the title began as a joke. They tossed around different ideas, and even Dad got a kick out of this one, though he still doesnt believe they are going to get a book out on his life. The World War II veterans are becoming fewer and fewer, and they believe all of their stories should be told.

Rollin' with the Meerkats