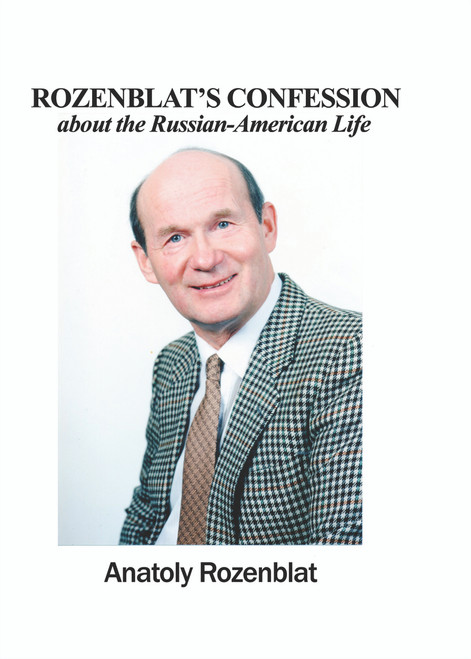 Rozenblat’s Confession about the Russian-American Life

• The first period of his life, advantageously for 1938 to 1989 years, relates to the Soviet Union.

The main goal of this book to describe in detail the complexity and many-sided thorny life of the Jewish orphan child who has lost of his parents in the Second World War, and also to show the real growing up life and struggle for surviving of his in conditions of the Soviet Union.

• The second period of his life embraces emigration of 1989 to 2018 years which is described in the different of his Diaries located on www.amazon.com; www.google.com and www.authorhouse.com.

The material of this book is built on author’s family materials and does not embrace the official documents. And this book can be recommended for the social workers and people who are interested in American immigration.

Anatoly Rozenblat, as a creative personality, inventor and scientist, received a fundamental Technical and Ats education in Marine and Manufacturing Engineering, Applied Mathematics and Patent Affairs and Inventions.

His biography has been published by the International Biographical Centre; England; the American Biographical Institute and Marquis “Who’s Who in America”. He was also invited to 26th, 27th, 28th and 29th Israel Conference on Mechanical Engineering in 1996, 1998, 2000 and 2003.

Memories: A Collection of Poems about Life

Grandma, Tell Me About the Good Old Days - eBook

Memories: A Collection of Poems about Life