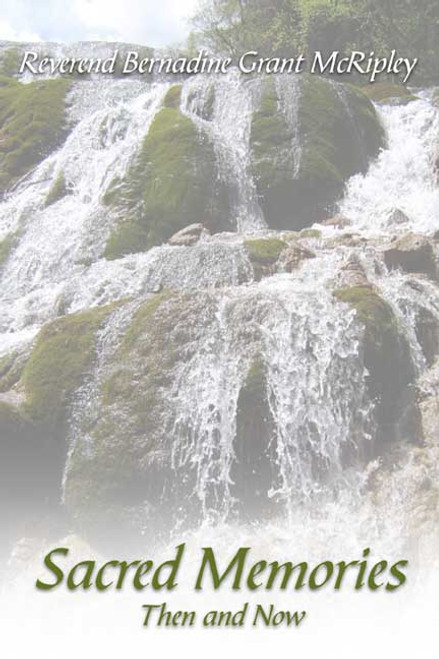 by Reverend Bernadine Grant McRipley Sacred memories are important to all cultures. The social and cultural foundations of the black Church in America provide the sacred memories for African American Christians. This book of essays expresses some of my perceptions as an African-American clergywoman. I am indebted to the writings of a Jewish theologian; Rabbi Emil Fackenheim spoke of sacred memories. His 2000 essay on Faith in God and Man After Auschwitz: Theological Implications acknowledged that interpretation of current events cannot be abstractly theological but must be concrete and political, as it were, theopolitical. This is what I hope to express in these essays. ABOUT THE AUTHOR Reverend Bernadine Grant McRipley graduated from Michigan State University and Princeton Theological Seminary. She is an ordained minister in the Presbyterian Church (U.S.A.). She has been a campus minister, pastor, and social justice advocate in the Churchs Washington, D.C., office. She was coeditor of For the Beauty of the Earth, a 1996 issue of Church & Society magazine. She contributed to the Women of Color Study Bible and was guest editor of the Eco-Justice Quarterly issue on Linking Population and Development at Cairo, from the Winter issue, 1994-95. Her travels for the Church have taken her to Japan, South America, and the Caribbean. (2007, paperback, 64 pages) Availability: Usually ships in 2-3 business days.
×

Sabroso! Latin Flava with a Twist!

Safely Out on a Limb

Running in Circles: The Pursuit of My Happiness

S.O.S. - Countering the Sinking of America