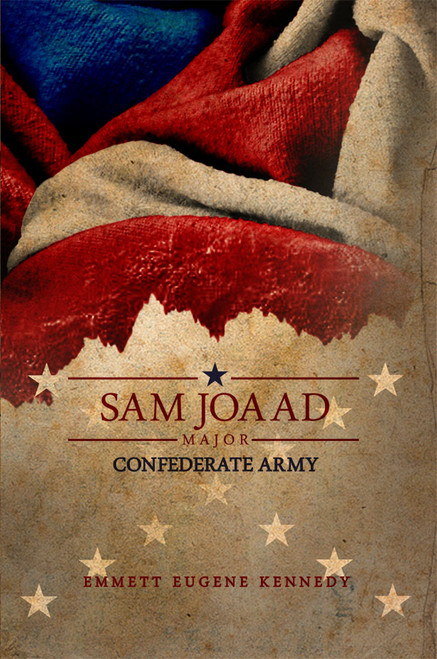 Folks, this is a book about war.

Major Sam Joaad leads a small group of Confederate soldiers into northern territory during the War Between the States. Just trying to survive is a challenge. Its a well-written tale that is easy to follow. There is plenty of action and lots of hopes for love. This needs to be enjoyed when you kick back at night and need something to take you away.

The Major has a group of rag-tag young men, some hardly old enough to be away from home for any time. War is tragic on its best note and this tale is something you will enjoy and feel the characters hurt.

A product of the Deep South, Emmett Eugene Kennedy is a Fairhope, Alabama High School graduate and certainly not at the top of the class. You would locate his name at the bottom of the pile of that fine group of students. It was a great place to grow up and live during those young years. There was plenty of swimming, dancing, and dating when Kennedy could coax one of the girls into going out with him for a night.

It would be fine with the author if one or ten million copies were purchased. He would write the same tale over again if just one person reads and enjoys it. While this might sound untrue, Kennedy gives his word that this statement is true. He thanks you for your time.