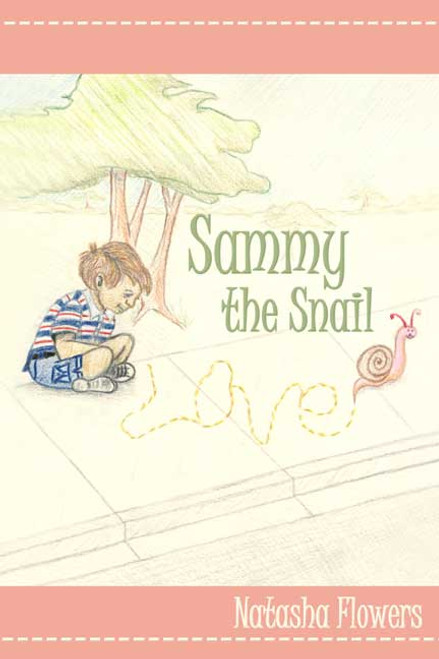 by Natasha Flowers Sammy the Snail, the authors freshman book, chronicles the beginning of a special relationship between young Danny and his friend, Sammy the Snail. Danny is a young child who is autistic. After many trips to the doctors, they discovered that Danny was not talking, just making sounds with his mouth no words that anyone could make out. Danny began to communicate with a snail named Sammy in a wonderful way. Sammy the Snail would play a big part in Dannys life. Danny would shock his parents when they saw the result of Dannys friendship with Sammy the Snail talking and understanding words. Dannys autism will help so many other children learn by the way this story has a different way of communicating with animals. ABOUT THE AUTHOR Natasha Flowers was born and raised in Southern California. She began her writing career in 2000, starting with poetry and later writing childrens books. Her inspiration stems from her years of being a single mom to five children and a grandmother to one. Natashas love of writing has afforded her the opportunity to observe children who have different disabilities throughout her thirteen years of daycare. Through her work, she wants others to have the chance to experience a unique preciousness from a childs eyes as only a child can share. (2006, paperback, 46 pages) Availability: Usually ships in 2-3 business days.
×

Say, Whose Country Is This Anyway?