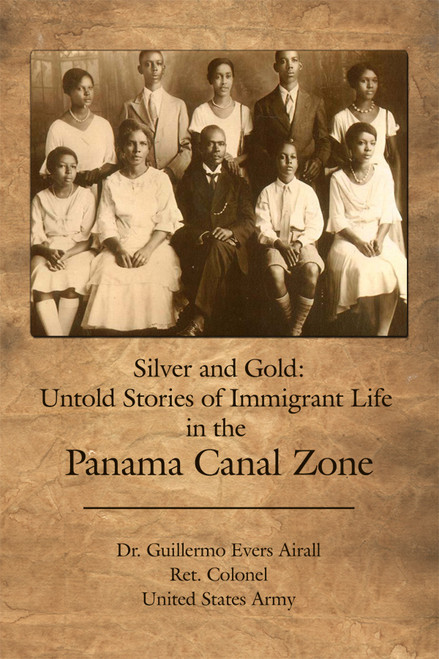 Never before has one man embodied the history of the Panama Canal. Author Dr. Guillermo Evers Airall was born and raised in the Panama Canal Zone, later immigrated to the United States and became a US military officer. His father shared many secrets about the inequality of life during the construction of the Panama Canal due to harsh segregation.

This book illustrates how silver and gold were used as metaphors to symbolize two cultures, two races of people, the marginalized and the privileged.

About the Author Dr. Guillermo Evers Airall is a native of the Republic of Panama. He received a BS degree from Panama University in 1946 and his DDS from Howard University in 1953. He entered the US Army in 1953 with a commission of Lieutenant. During his military career, Airall was assigned to three overseas assignments: the Canal Zone, Germany and Thailand. Airall retired from the United States military after 21 years of dedicated service.

Airall and his family settled in Willingboro, New Jersey, where he set up a private dental practice in 1976. He received many awards during his career for community service, including recognition by the Rancocas Valley Chapter of the Links, Inc. and the Boys & Girls Club of Burlington County, Inc.

In 2006, at the age of 87, Airall retired from a long and rewarding dental career. He and his lovely wife, Clara moved to Durham, North Carolina. Airall remains active in the community as member of Epworth United Methodist Church and the Southwest Durham Rotary Club. In 2011, the Southwest Club honored him as Rotarian of the Year. Airall proudly continues his lifetime membership in Alpha Phi Alpha Fraternity, Inc., Beta Theta Lambda Chapter in Durham. Both Airall and his wife raised two daughters, Zoila and Angela Airall, and one son, Sheldon Airall. They are the proud and doting grandparents of three grandchildren and eight great-grandchildren.

Pimp in Distress: The Untold Story of a Pimp of This Pimp Life Style

Siblings at School: A Small Group Curriculum and Writing Project