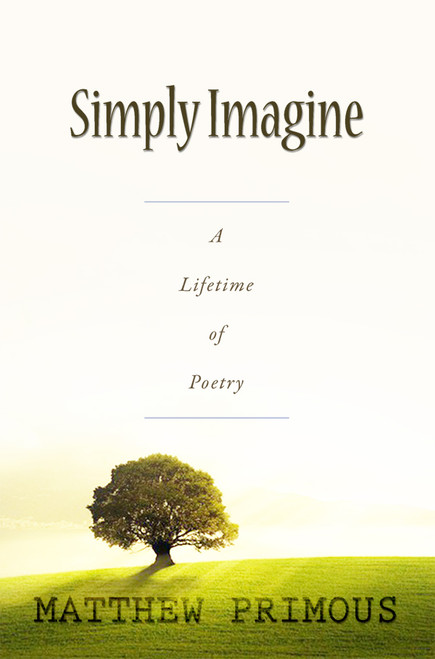 Simply Imagine: A Lifetime of Poetry
by Matthew Primous

Matthew S. Primous attributes his success to inspiration from 128 unsung heroes. These are people in his life who inspired him to conquer his dreams. These people gave him words of encouragement. These people helped him through his most difficult times. There is no other way of expressing gratitude but to call them unsung heroes. Each poem represents an unsung hero.

Simply Imagine: A Lifetime of Poetry was made to inspire both men and women to see creativity and natural beauty of words about the world being a complexion and perplexing place. There are numerous categories in which these poems can be placed such as love, passion, war, peace, life, mystery, and more. The poems cause individuals to imagine the world from a poetic point of view. These poems artistically create a different dream of the world.

Matthew S. Primous is a native of Rochester, N.Y., first published by Spectrum Magazine in Bay Trail Middle School at the age of 12, and he was asked to publish again in Spectrum Magazine. He won Honorable Mention for Poetry and Editors Choice in 2001 at age 17 when he graduated from Penfield High School with the honor of Whos Who in Americas High School for seven consecutive years. Later on, Matthew S. Primous was acknowledged as a True Heroes Poet for his poem about September 11th 2001. Matthew S. Primous participated in over 10 poetry contests. Just recently, hes been awarded Excellence in Poetry 2011. Matthew S. Primous studied Health Major at Monroe Community College, was accepted into an Ivy League College, University of Pennsylvania with GPA 4.0, and then inducted into Phi Theta Kappa, International Honor Society.

A Lifetime of Poetry