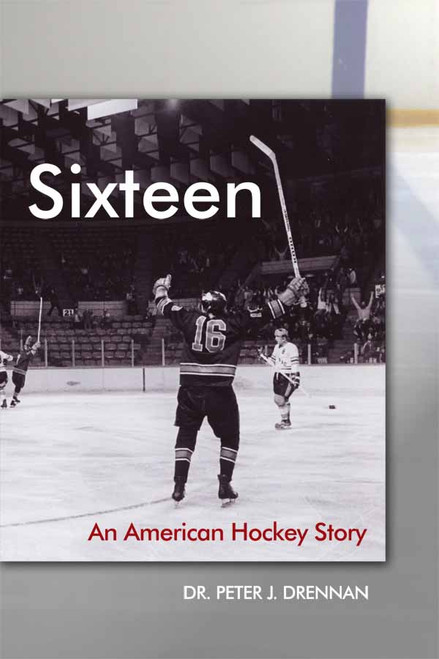 Sixteen: An American Hockey Story was written by a physician who has been in practice for twenty-eight years. He reflects back in the preface on the pursuit of dreams with its ups and downs on the way to a career in medicine. There he describes a young boy and his encounter with one of our great games: hockey. In that sport and others he played, lessons were being presented that would help him get ready for the challenges ahead in the bigger game: life.

Those who contributed to that experience as a youth are recognized as he progresses unknowingly toward an unlikely state championship. It is also a tale of New England hockey of an earlier time and his three coaches in this personal account. It is a parable of experiences in sports that can be applied to life. Lastly it is an expression of thanks to those who provided this opportunity to be an athlete in America. The historical backdrops and references to Providence reveal it is a story of an American boy growing up in his country with eternal dreams.

The author graduated from osteopathic medical school in 1983 and spent eight years as a United States Navy physician. On active duty, he was stationed as a U.S. Naval Flight Surgeon, completed an Internal Medicine residency, and served as a Navy staff hospital physician. He continues the private practice of Internal Medicine in Massachusetts.

He played on city, state, and preparatory school championship teams. He served as captain of a state championship team and as a collegiate varsity soccer captain. He is married, has three children, and lives in western Massachusetts.